He could float like a butterfly and sting like a bee. But now former boxing champion Ndoda Mayende has bowed out.

He was shot dead while watching TV with his son aged 11.

Details of the shooting remain sketchy, but, according to police, Mayende, 54, was at home with his 11-year-old son when two gunmen entered the house and opened fire, killing him instantly.

“It is alleged that Ndoda Mayende was with his son, Sihle, watching television when two men, unknown to the minor, entered the open door and started shooting at his father,” police said in a statement.

“Mayende’s wife was in the neighbourhood at the time of the incident. The motive for the shooting is unknown at this stage.” 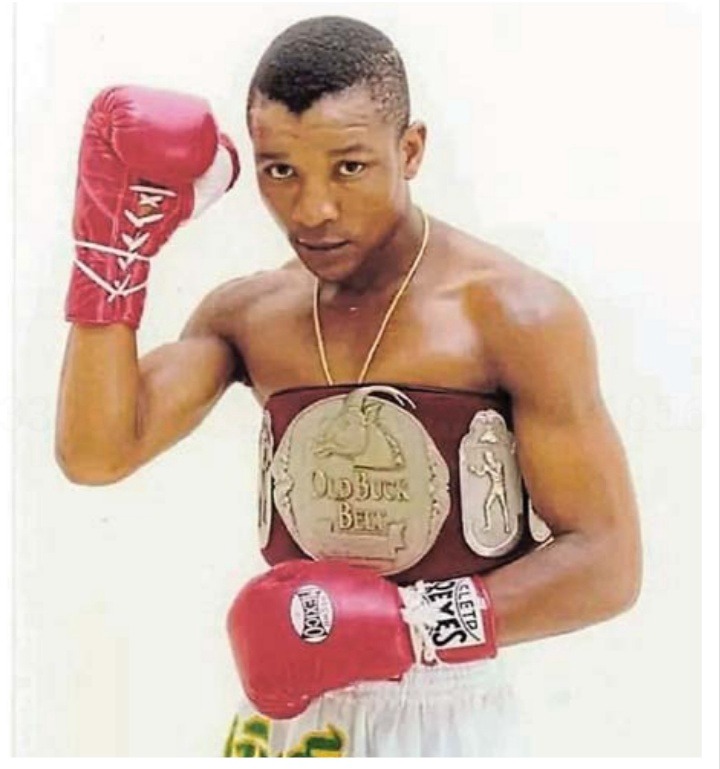 “It is indeed sad to relate the passing of Mayende and we as BSA convey our heartfelt condolences to his family,” Jacobs said.

Mayende carved his niche in the sport under the tutelage of the late Mzimasi Mnguni, who guided him to the SA junior-flyweight crown.

Affectionately known as “Happy Boy”, a ring name that helped make him popular because it previously belonged to SA boxing darling Nkosana “Happy Boy” Mgxaji, Mayende competed in an era when the junior-flyweight division teemed with talent.