By Wilson's-World (self media writer) | 24 days ago 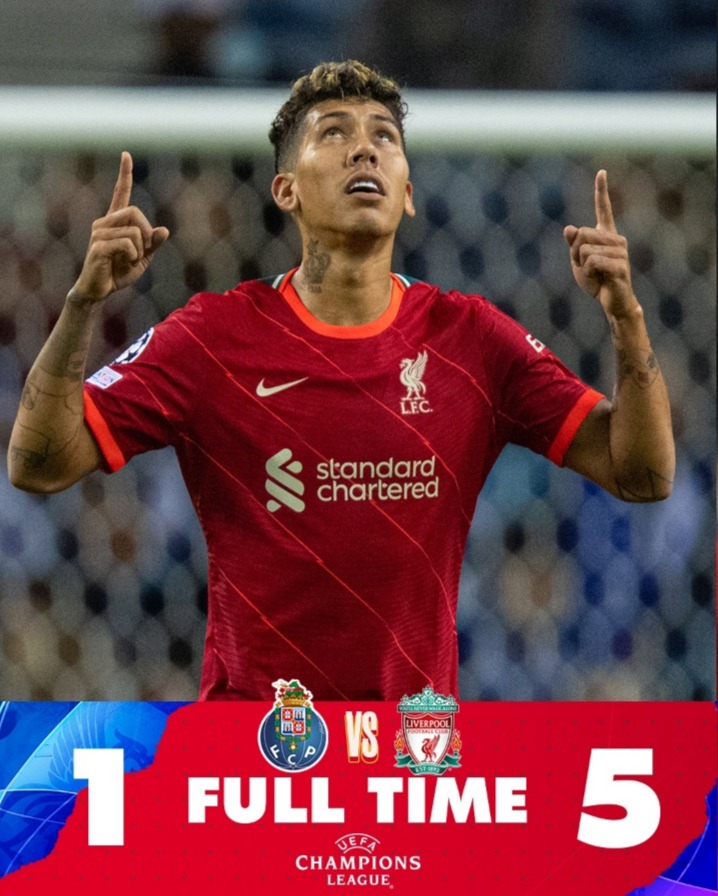 Although Liverpool didn't have a good game this past weekend, that doesn't mean we should count them out. Liverpool where the previous winners of the UEFA champions league before Chelsea won it from them. Well the game this evening took of like it always does. The Liverpool's perfect front three where there, Mohamed Salah who celebrated his 100 goals for his club, S. Mane and R. Firmino. Every thing looked ready for Liverpool and dangerous.

Liverpool looked dangerous from the word go and there intentions where clear, they wanted to win. The first goal came from Liverpool by M. Salah in the 18th minute in the first half, just before the first half could end Liverpool came again by S. Mane with the second goal in the 45th minute. 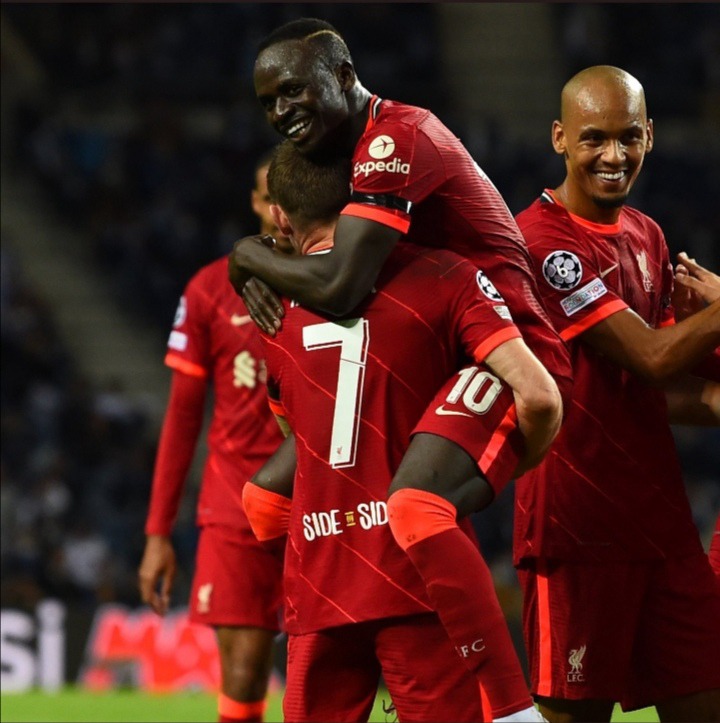 In the second half Porto didn't want to sit back and rely on their counter attack. They wanted to come back in the game but Liverpool where not having it when M. Salah in the 60th minute scored the third goal. Porto where not willing to let Liverpool humiliate them just like that when they came back in the 74th minute by M. Taremi. Liverpool saw that Porto where trying to come back but they where not having it when R. Firmino in the 77th minute scored and closed it in the 81th minute for Liverpool. 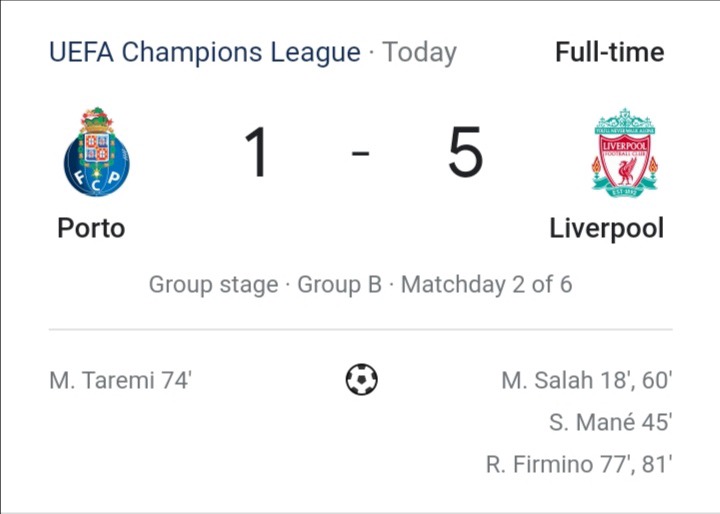 It was as if Porto came to watch Liverpool play and Liverpool showed them how it is done. Finally score 5-1 to Liverpool.