Following his most recent goal-scoring exploits for Al Ahly, the Bafana star player has been awarded another individual award. 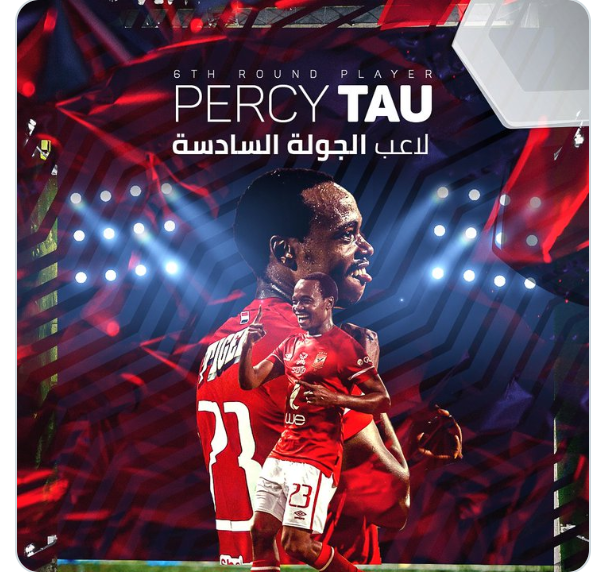 Percy Tau, the Bafana Bafana forward, has earned yet another trophy in Egypt following his latest goal-scoring exploits for Al Ahly, which occurred last week.

Tau moved into first place in the Egyptian Premier League standings on Thursday after scoring twice in Al Ahly's 4-1 victory over Smouha. His record for the season now stands at five goals in just six outings.

This is the second time in six weeks that the 27-year-old has been awarded the Player of the Week award for his match-winning performance, which meant that Pisto Mosimane's team maintained their unbeaten start to the season.

Tau had already been voted Player of the Week in the first round of matches after scoring a brace on his debut against Ismaily, and the Bafana Bafana forward has now added a second award to his collection.

He is the only player to have won the award on more than one occasion during the 2021/22 season and, based on his current form, he is a strong contender for both the Player of the Year and the Golden Boot honors this season..