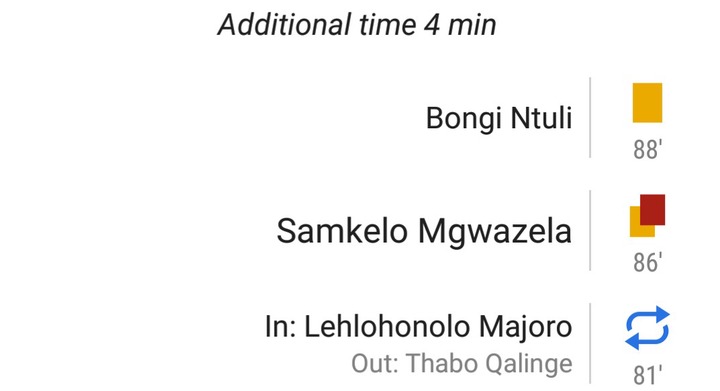 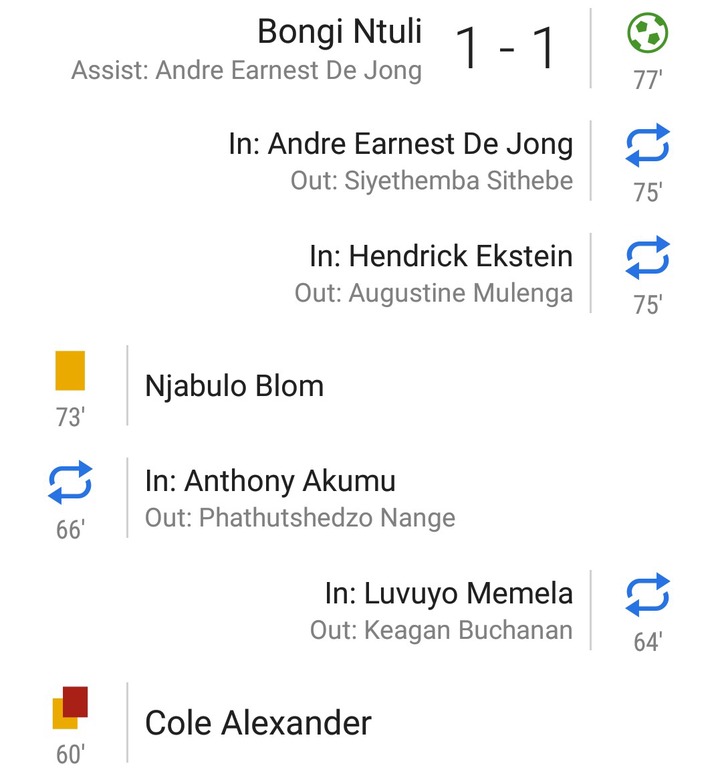 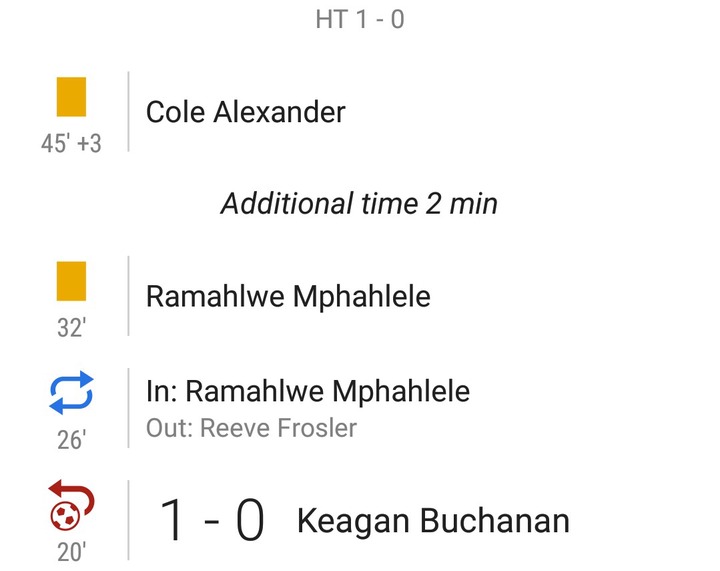 Cole Alexander made his way off the pitch and AmaZulu FC levelled the score on 1-1 when Bongi Ntuli scored in the 77th minute of the match. As Kaizer Chiefs had to play with only ten men on the field, AmaZulu FC also lost a player as Samkelo Mgwazela received his second yellow card in the 86th minute of the match. The match ended in a 1-1 draw at full-time, but Kaizer Chiefs luckily moved up the Dstv Premiership log from the 6th place spot to the 5th place spot, as they overtook Royal AM on the log standings. 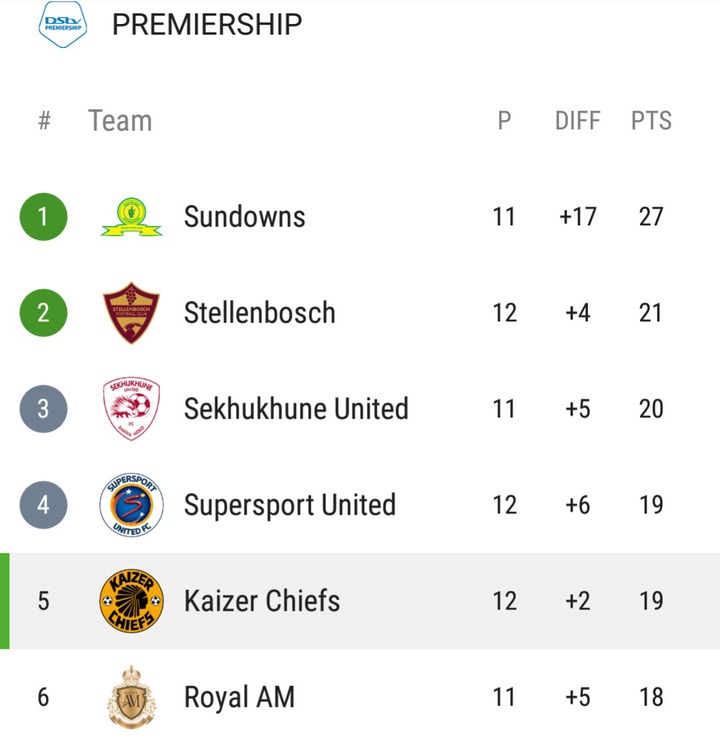 South Africans Are Not Happy, Here's What Ramaphosa's Government Did That Got People Complaining

Julius Malema Finally released another report about his visit to Restaurants in SA.