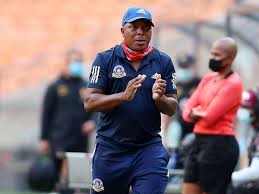 Yet another PSL coach has been fired after failing to produce good results while being in charge for just 13 matches this campaign.

GladAfrica Championship side Pretoria Callies announced on Saturday that it had decided to fire head coach Joel Masutha.

Callies confirmed in an official statement that Masutha's entire technical team has also left the club with immediate effect.

"Pretoria Callies head coach Joel Masutha [has] parted ways with the club with immediate effect. Masutha joined towards the end of the 2020/21 season where he finished in the top eight on the log and also led the team to a 1-0 defeat at the hands of Chippa United in the Nedbank Cup semi-finals. He has been in charge of 13 matches, 8 losses, 4 wins and one draw for the current season.

South Africa's one and only license printing machine back in operation

One gunned down after thugs launch massive attack