By PPSnews_sa (self media writer) | 1 year ago

Moroka Swallows commonly known as The Birds are a South African soccer club that compete in the ABC Motsepe League, they are based in Johannesburg. Until relegation in the 2014–15 season, the club played in the Premier Soccer League. Now on ABC Motsepe League. 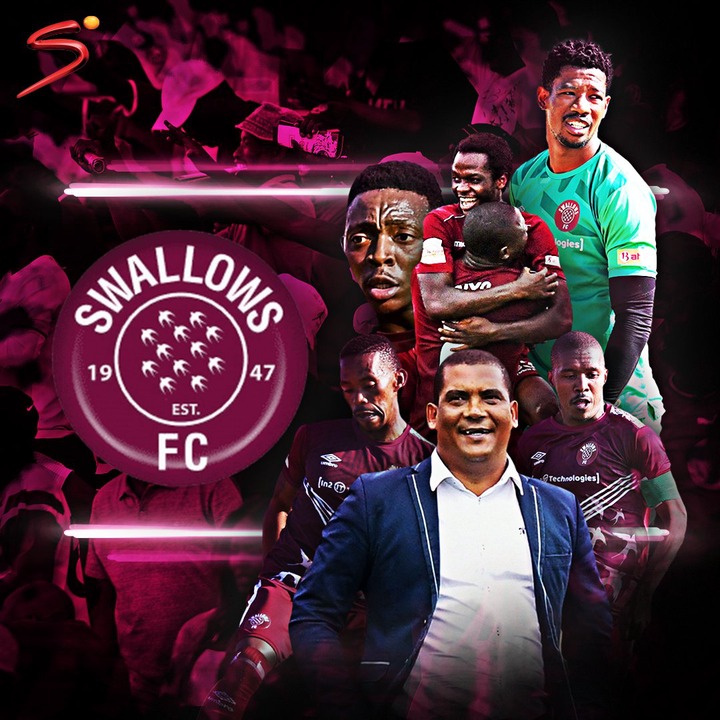 Founded in 1947, Swallows are considered as one of the original two Soweto clubs, together with Orlando Pirates. The team currently plays in the SAB league after a stream of relegation from 3 soccer division they were the Absa Premiership, National First Division and the Motsepe League.

Swallows Fc have been promoted to the Premier Soccer League after 6 years they have been relegated to the lower division.

Content created and supplied by: PPSnews_sa (via Opera News )