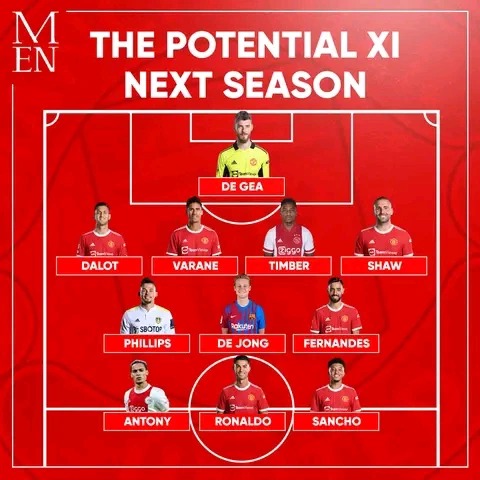 Even though they had Cristiano Ronaldo, who is one of the best players in the world, Manchester United had the worst season. This led to a lot of coaches being fired and new ones being hired until Ajax manager Eric Ten Hag was chosen.

If the new manager gets all of the players he wants, the next Manchester United team could look like this. With a 4-3-3 formation, the club will look like this.

Up front, Jordan Sancho, Cristiano Ronaldo, and Antony, who is likely to come with his coach from Ajax, will play.

On defense, they will have Luke Shaw, Timber, who is expected to move from Ajax to Manchester United, Verane, and Dalot. The goalie will still be David Degea.