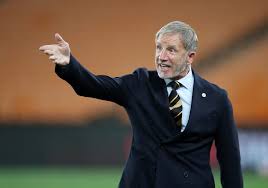 Kaizer Chiefs coach Stuart Baxter will have a big decision to make when they visit SuperSport United in the DStv Premiership clash at Lucas Moripe on Sunday evening.

Baxter has developed a thick skin since returning at the helm at Chiefs, as he has to face a lot of criticism for his decisions in these early stages of the season, which mostly have backfired, if you consider the team's form before the international break.

It took Baxter six matches to finally realise that if the team has to improve defensively, he has to drop either one of the central defenders, between Eric Mathoho and Daniel Cardoso or both of them. 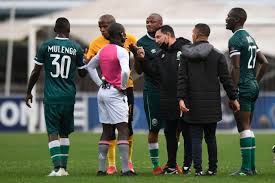 Amakhosi were conceding goals at an alarming rate in their first six matches and Baxter initially did not see anything wrong with Mathoho and Cardoso, well until after the international break.

The former Bafana Bafana coach eventually dropped Cardoso in their match against Chippa United and brought in Thabani Dube, as they kept a cleansheet and walloped the Chilli Boys 4-0, with Keagan Dolly netting a wonderful brace.

However, the stubbornness of Baxter persisted in some other area of the pitch, as he continued to experiment with Njabulo Ngcobo in midfield.

Njabulo Ngcobo is yet to justify why he's been played in defensive midfield, especially as a deep-lying playmaker, as he has been erratic for Chiefs. 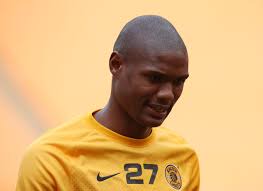 From the match against AmaZulu before the FIFA break, where the Glamour Boys got away with a 1-1 draw after a controversial late penalty, also in the Bafana shirt he had a poor game in midfield against Ethiopia, where he was breaking attacking momentum by playing back passes.

Against Chippa, Ngcobo was clearly targeted, as his lack of mobility was exposed by hard-pressing, where they forced him to make errors, fortunately for Chiefs the Chilli Boys lacked the killer-instinct to punish those mistakes. 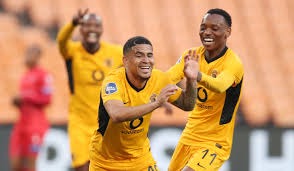 Coming up against better quality opposition in SuperSport, Baxter has decision to make, whether he continues to expose Ngcobo, where if he lapses in concentration, against better midfielders like Teboho Mokoena and Sipho Mbule, he could cost the team dearly.

Matsatsantsa would have analysed Ngcobo's matches, even his performance for Bafana and May also target him for hard-pressing, especially since Chiefs look to build from the back through him. 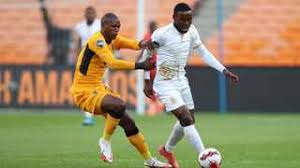 If Baxter is not faced by the prospect of the former Swallows defender exposed in an unfamiliar position, then he will prove that he has a strong character and conviction in his methods and if he bows down to pressure, then he's not the real deal.

Gospel Musician Tebogo Moloi visited Konka, see what he was doing there.