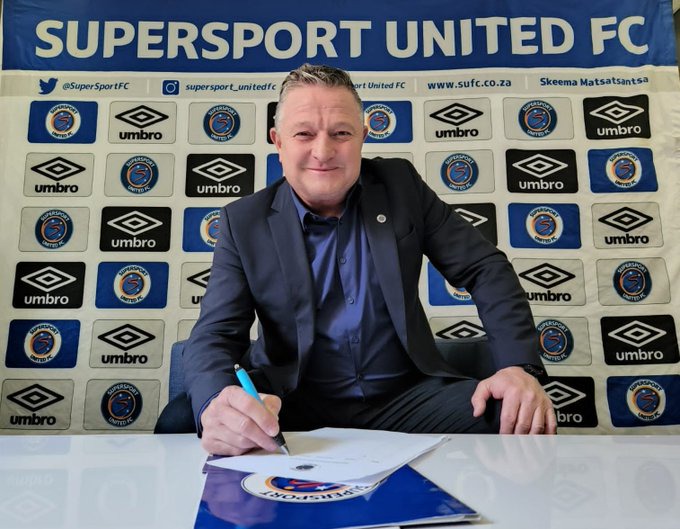 Coach Gavin Hunt has been without a coaching job for almostva season after his unsuccessful spell at Chippa United. He joined Chippa United from Kaizer Chief, in his time at Chiefs he took the team to the CAF Champions League semi-finals even though he was not allowed to sign players because of the FIFA burn the club was facing.

Gavin Hunt had his most successful coaching spell at SuperSport united where he won three league titles in a row from 2008 till 2010, He also won a Nedbank Cup in 2012 with SuperSport when they defeated Mamelodi Sundowns at Orlando Stadium.

Hunt then moved to Wits where he won the league, MTN8 and Telkom Knockout. Now coach Gavin has found a job at SuperSport united, he signed a two year deal with the team and will be looking to bring the glory days at the club as they have been in a trophy drought for more than two seasons now.