Sad: Checkout Motjeka Madisha’s Life Story and How His Family Has Fared Since the Fatal Car Accident

By RealGist4Real (self media writer) | 2 months ago

Motjeka Madisha was a footballer from South Africa who died in a vehicle accident. His death was extremely tragic since he was such a wonderful young man with so many possibilities. He was at the pinnacle of his career and a much-loved artist.

The footballer's family is still grieving over his sudden demise. The Modishas, the South African football federation, and the country have all been devastated by the loss of the young guy at such a young age. Motjeka will be remembered for his patriotism and love of football for the rest of his life.

Madisha was born on January 12, 1995, in Ga-Madisha hamlet in Zebediela, an area containing a group of settlements in Limpopo Province's Capricorn District Municipality. His parents, Nkgalabe Bethuel and Nodluwe Constance Madisha, raised him in Madisha-Leolo village in Zebediela. 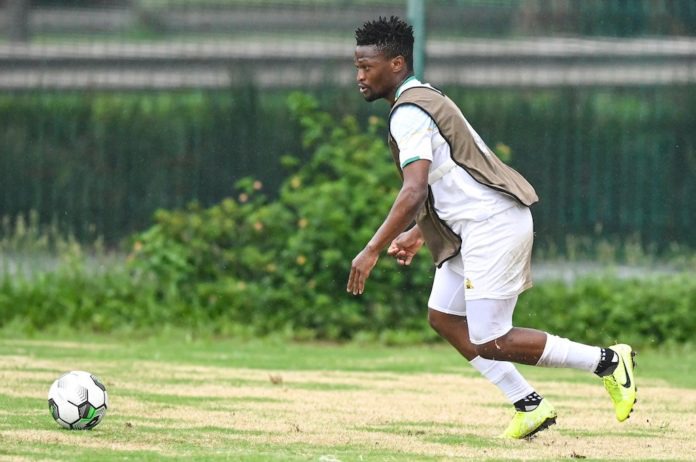 Throughout his life, Motjeka was devoted to his mother. He is claimed to have brought her to training on one occasion and to have dedicated a football accolade (Man of the Match) he won against Stellenbosch FC in March 2020 to her.

It's impossible to find out anything about the late footballer's father. Nonetheless, in a 2015 interview, Madisha said that his father was also a football player who aspired to be an athlete; however, the football genes he got from his father rubbed off on him, causing him to continue in his father's footsteps.

He Was The Most Popular Among His Sibling

Sello Madisha, Bongani Madisha, Nkgadi Madisha, and Makgafela Madisha were Motjeka Madisha's four siblings. According to Kickoff.com, tragedy struck in 2017 when death grabbed their eldest sister from them. Because she played such an important role in his life, the player stated that her death had an impact on his profession at the time.

Even though they used to argue, he said it was impossible to get her off his thoughts because his sister was always on his case. She genuinely cared about him and was always giving him sound advice. He was also supported by his coaches and fellow footballers at the time after he told them about his sister's death.

Makgafela Hope Madisha, the footballer's younger sister, reportedly attended Mafsiakgomo High School in Ga-Madisha Leolo, Zebediela. Sello, Madisha's brother, is likewise successful in his own area, but his popularity did not match Madisha's during his lifetime.

He Became A Professional Footballer In 2014

Motjeka started playing football at a young age. He began his career as an amateur with the Letjatji Life Super Football team. In 2011, the club's standout player left and joined Moroka Swallows FC in the same year. In 2012, he retired from MMoroka and joined the Mamemodi youth academy for the 2013/2014 season.

Madisha was then loaned to Highland Parks FC in Johannesburg for the 2015/2016 season, following which he was promoted to the senior team. Motjekta played for Mamelodi Sundowns in South Africa from 2016 to 2020, making 80 appearances and scoring three goals. Between 2015 and 2020, he gained 13 caps for the South African national team, scoring just one goal - in a game against Botswana at the 2018 COSAFA Cup on June 8, 2018. 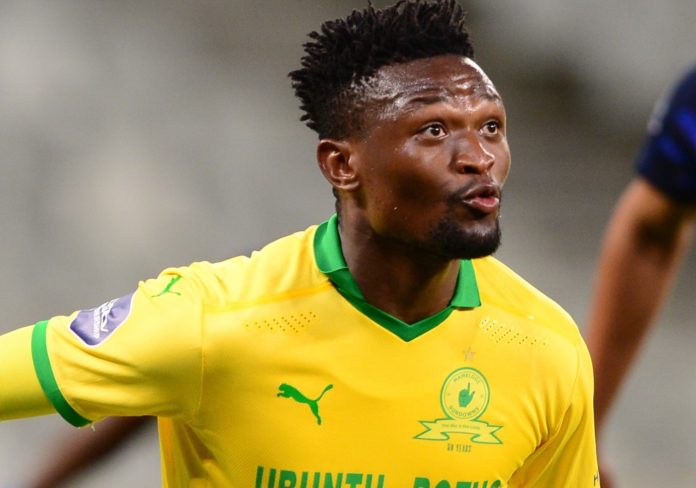 He led the National u20 squad in Senegal at the 2015 African Youth Championships and was a member of the team that won the u20 COSAFA Cup in Lesotho in 2013. He considered Ayabulela Magqwaga, Tlotlo Leepile, Avela Cezu, and Aubrey Maphosa to be among of his best football teammates.

The Football Star Passed Away In A Fatal Car Crash

Motjeka Madisha died in an automobile accident on the 12th of December 2020 in Kempton Park. On that fatal day, his BMW 1 Series collided with a billboard pole near Zuurfontein Road in Chloorkop, Ekurhuleni. Someone other was in the vehicle with him when it crashed, and that person perished as well. 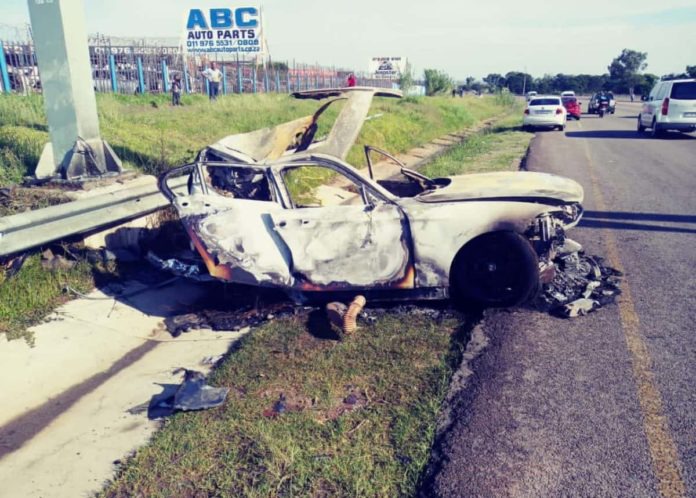 Madisha's death was both startling and heartbreaking. His coworkers recognized him as a caring and good person who used his talent to benefit his country.

It's unclear whether Motjeka was dating anyone before to his death. This is due to the fact that he never mentioned his romantic life, nor did he make any actions that suggested he was dating someone. Many people feel that if he did date someone, it was a hidden relationship. 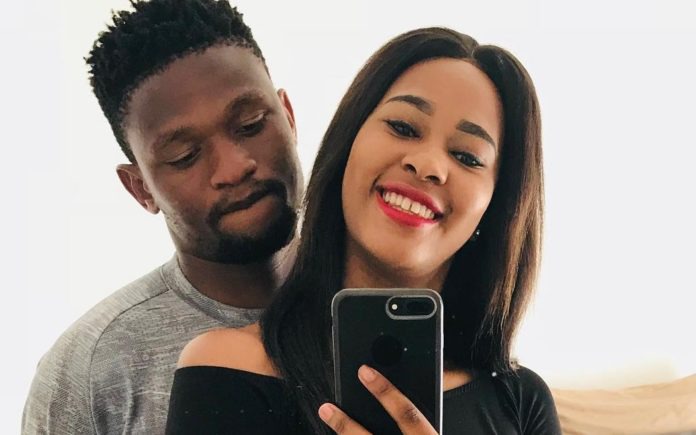 Despite this, the late footballer has been linked to Anita Tekor, a South African woman. She revealed up about their relationship after Motjeka's terrible death, claiming that he promised her "forever" and that his death crushed her.

Further details regarding their friendship aren't available to the public, and Anita hasn't revealed when and where they met or how long they dated before the footballer died.

Motjeka Madisha Was Laid To Rest 2 Months After His Passing

On February 6, 2021, the footballer was laid to rest in Ga-Madisha Leolo, Zebediela, Limpopo Province. He was only 25 years old when he passed away. His family has been fighting to comprehend Motjeka Madisha's death and burial. The Sundowns star was a tremendous pillar in his family and meant so lot to them. 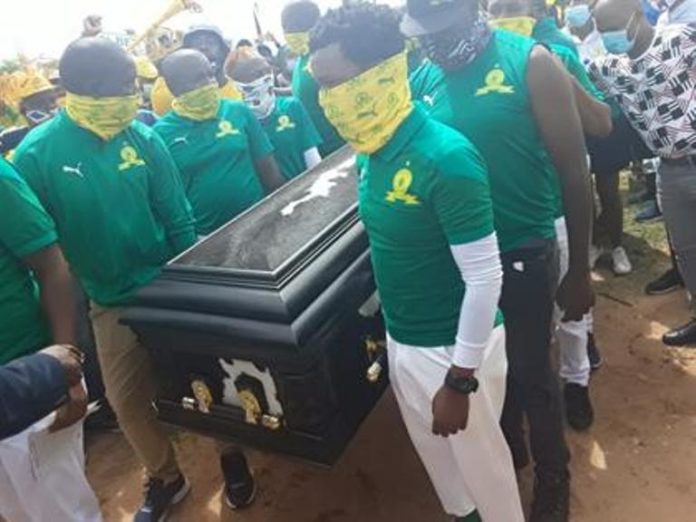 It took his family days and processes to authenticate his identity because of the manner of his death, which occurred as a result of a terrifying car accident. With the help of pathologists who performed DNA tests, they were able to put the case to rest. Despite the fact that the footballer has been laid to rest, his life and legacy will go on.

Brutally murdered over a fight for boyfriend

Karabo Mogane joins the "My wife and I"