MON 3-0 PSG: Why PSG Fans Who Booed Messi Would Be Regretting That Now

By Dopewriter (self media writer) | 3 months ago 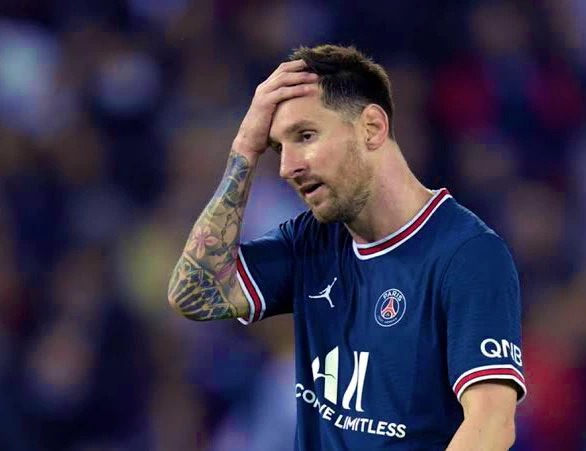 Although they had the greatest players on their side, Paris Saint-Germain was met with many critical reactions from football fans around the world after their elimination from the UEFA Champions League in the round of 16. Some PSG fans booed Lionel Messi during the team's 3-0 win against Bordeaux in Ligue 1 on Sunday.

For Leo, the incident seemed out of this world. He had never been treated like that before, and he was surprised to get it in a team where he was expected to be valued. However, Lionel Messi was unable to play against Monaco today owing to sickness, leaving the likes of Kylian Mbappe and Neymar to fill in. At the end of the game, the away team had to be disappointed with a 3-0 defeat to Monaco, thanks to goals from Ben Yadder (2) and Volland.

The loss to Monaco, despite being top of the Ligue, would be devastating for Paris Saint-Germain, who had been in awful form, in the middle of an institutional crisis, and in the midst of a fan protest, but still dominated the PSG team. Paris Saint-Germain (PSG) fans who booed Lionel Messi last week would be regretting it today as the team without Messi created little, especially considering that he has the most assists in Ligue 1 this year.

It was difficult for Paris Saint-Germain to create without Messi because there was no one to offer Mbappe with through balls, and Messi always drops deep to initiate the attack and pass for scoring.

Because so many good players were brought in during the last transfer window, one wonders why this squad is underperforming.

Content created and supplied by: Dopewriter (via Opera News )