By Sandile_Mlangeni (self media writer) | 24 days ago

After Swallows announced that they have placed their head coach Brandon Truter on a special leave it was thought that he was the cause of the problems that exist at the club, and therefore the club managers probably assumed that the best thing they can do for both the team and for the coach was to place him in a special leave after the club has inherited some poor results. On Friday evening Swallows FC were hosting Cape Town City at Dobsonville Stadium, this was a match that both teams had to obtain maximum points since they have poor results. 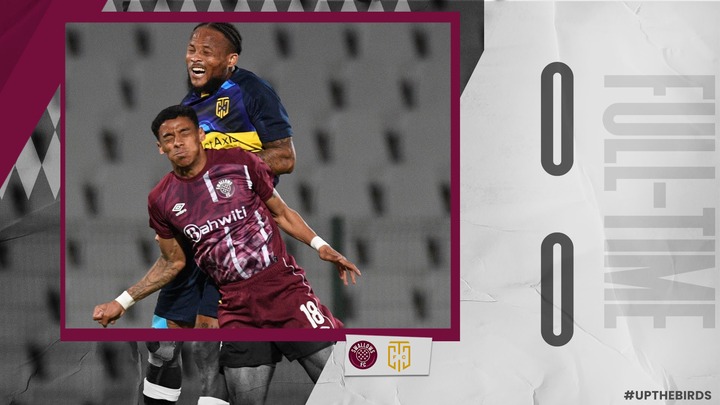 In the absence of Brandon Truter Simo Dladla as the assistant coach of the club was given the reigns to take over the club with the hope that they will obtain maximum results since they are playing at home, but things didn't turn as they were hoped to be as neither side managed to break the net. Dladla made some slight changes in his line up as he gave the former Mamelodi Sundowns star player Tebogo Langerman his debut game in the Swallows FC colors, and surely he displayed his level of experience in this match. 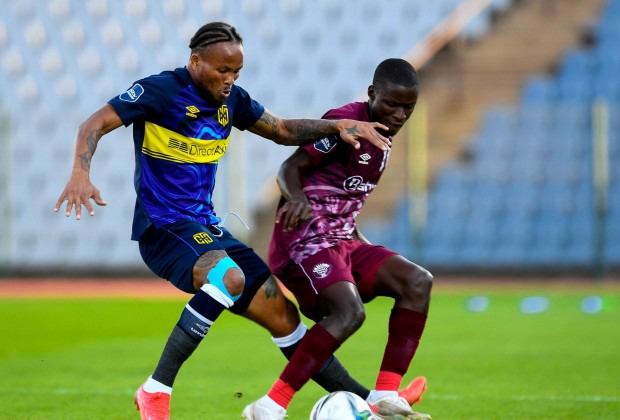 Eric Tinkler's Cape Town City came in this match after they were heavily defeated by their humble neighbors Stellenbosch FC by 3-0, and they traveled to Soweto with the hope of obtaining maximum points. Cape Town City had intentions in this match and their mandate was to win and beat Swallows at their own backyard, and with every attempt made they just couldn't break the net. 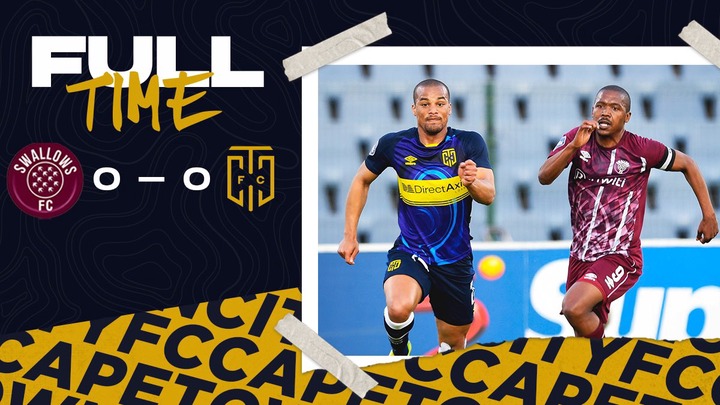 The same can be said about the home team and even with the experienced Tebogo Langerman in the field of play they still weren't able to break the net of Cape Town City. Both goalkeepers must also be commended for their contributions as they saved their sides from losing maximum points in this match, and with Cape Town City even when they seemed to be a dominant side on this match they still couldn't get the points they needed, the match ended with a 0-0 draw.