They're not good: See what Arthur Zwane said about Kaizer Chiefs players.

They are not to be enough: Read what Arthur Zwane had to say about players for the Kaizer Chiefs. 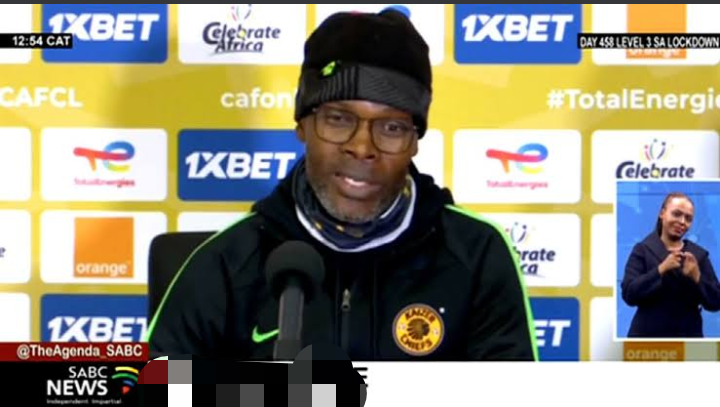 After the sad conclusion of the season, the interim coach of the Kaizer Chiefs, Arthur Zwane, stated that some players are not good enough to play for the club and should be released.

The 2021/22 season for Kaizer Chiefs came to a disappointing close over the weekend after the club was held to a 2-2 draw by Swallows FC, a team that was in danger of being relegated. As a result of this result, the Amakhosi's chances of qualifying for the CAF Confederation Cup were effectively eliminated.

After the game, interim coach Arthur Zwane, who took over for former head coach Stuart Baxter a month ago, cut a frustrated figure and delivered a scathing assessment of the strength and quality of the players he had available to him. Baxter had been in charge of the team for the previous two seasons.

Zwane stated at the news conference that he gave after the match, "I think it's there for everyone to see."

"I may say things that other people might not agree with, and they could believe that I know too much or that I am being overly critical of players, but the fact of the matter is that we are aware that we do not have players that are talented enough to play for this club.

"There are certain members of our team that are capable of playing for this club, but they are not good enough. We can't keep making the same errors over and over again. Am I right in thinking that things are getting better? The fact that it appears as though the coaches are not preparing the players is extremely frustrating for the coaches.

"Take a look at the goals that we have been allowing, leave alone the fact that we are not creating opportunities for ourselves to score goals. Take a look at where we are now; we were too level. After we had scored the goal, it was almost as if we didn't want to continue playing; we told each other, "it's alright, you know we're good with the 1-0 lead."

"We didn't want to continue forward, we didn't want to run like we were fatigued. Therefore, I am not sure where you are coming from because we had at least a full week to get ready for this game and also take some time to let our batteries recharge.

"As a result, those are the factors that definitely speak to us as a club and as to moving ahead who should be a part of the squad and who should not be a part of the team, and we are going to be practical with that. Because I believe that we have coddled the sentiments of some of the players for far too long, it is time for some adjustments to be made."