After AmaZulu squandered multiple opportunities, Royal AM overtake Chiefs with a draw against Usuthu. 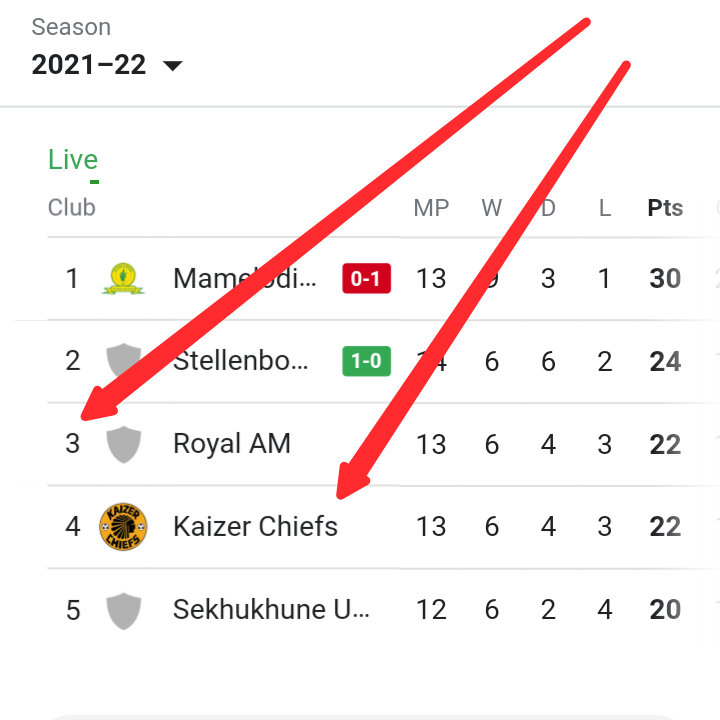 Royal AM and AmaZulu were held to a goalless stalemate in the DStv Premiership on Saturday afternoon after both teams squandered multiple opportunities.

Usuthu made only one change from their match against Maritzburg United, with Zambian Augustine Mulenga coming in for the visitors. Royal AM made two changes, with Levy Mashiane and Kgotso Mofokeng coming in for the hosts.

After receiving a low pass into space, Andre De Jong took two steps towards the area and forced a save from Hugo Nyame. The hosts were off to a good start during the opening minutes.

With just over a quarter of an hour gone, Usuthu were on the attack again, with De Jong's cross-cum effort from the right-side putting Nyame in a predicament.

The challenging rainy conditions forced AmaZulu to make a late substitute, with Xola Mlambo being stretchered off and Siyethemba Sithebe being brought in to replace him.

Before the halftime, Royal AM began to create opportunities, the most notable of which came from a free-kick outside the area from Lantshane Phalane, which was dragged wide of the target from a promising position.

Usuthu, on the other hand, continued to create the majority of opportunities in the second half, with Memela's penetrating strike forcing Nyame into a fantastic one-handed save.

Nine minutes after the break, the Cameroonian shot-stopper was called upon to show even better reflexes, and he responded magnificently, smothering De Jong from point-blank range.

Wesuthu was denied a great opportunity near the end of the game after Thembela Sikhakhane rounded Nyame from a cross-field play and had goal at his mercy, only to blast wide of the mark.

Victor Letsoalo came close to scoring the winning goal in the final minutes of the half, but he was unable to convert his opportunity as the game ended scoreless.