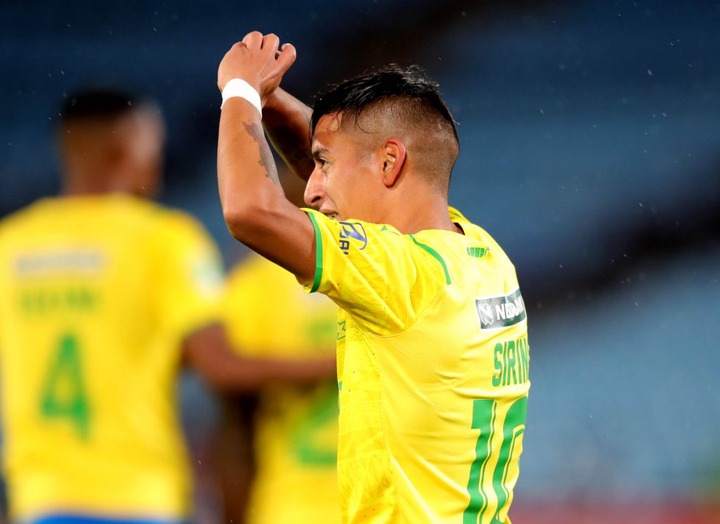 A Gaston Sirino-inspired Mamelodi Sundowns finished off their season with a 3-2 win over Royal AM in spite of absent upwards of 17 players on Monday evening.

Masandawana affirmed in front of the match that the crew had experienced an influenza episode, which prompted four changes in their firing line-up in contrast with the match that was deserted in the 24th moment because of weighty downpour on Saturday.

It was the last option who opened the score-line with a grand completion in the twelfth moment, getting a long ball from Mkhulise past Royal AM goalkeeper Patrick Nyame.

'Thwili Thwala' had begun the half well yet after Sundowns opener they went somewhat guarded and features were intriguing in the initial 45 minutes.

Thabiso Kutumela made it 2-0 soon after the break, putting his shot from the edge of the crate close the far post in the wake of being set up by Sirino.

Neo Maema nearly made it 3-0 yet his shot from short proximity just hit the post. Nonetheless, a moment later Peter Shalulile got his name on the scoresheet, when Teboho Mokoena set him up following him a fine counter to score his 23rd objective of the time.

Kennedy Mweene then, at that point, transformed into the primary hero on the opposite side of the pitch, saving a spot-kick from Victor Letsoalo.

In the 69th moment, however, Letsoalo put his name on the scoresheet after changing over a fine help by Tebogo Potsane.

Shaune Mogaila sent the arena into emissions subsequent to scoring from short proximity following a corner to make it 3-2 with 14 minutes left to play.

Be that as it may, notwithstanding their motivated last part, the hosts wound up an objective short in the five-objective thrill ride against the 2021/22 DStv Premiership champions.

The success sees Sundowns finish the mission on 65 focuses, while Royal AM remained on 46 focuses, and presently need to dominate their remarkable match against Orlando Pirates, to complete the season in runner up.