By Percivall (self meida writer) | 1 months 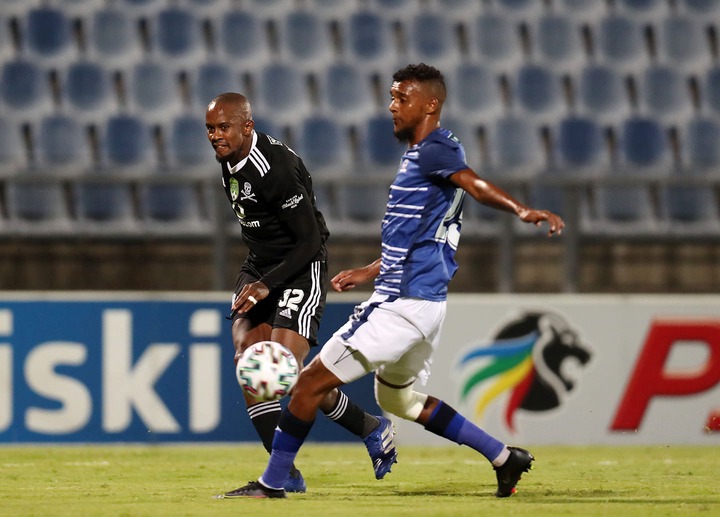 You can say that Orlando Pirates have underperformed this season if you will only take a look at their league form. But the Buccaneers are the MTN8 champions. Last week they faced Ernst Middendorp's side Maritzburg United who they brushed aside easily in the Nedbank Cup.

In the league, they are not as clinical. Against Maritzburg, at 56 minutes, they were trailing by a goal to nil. At 57 minutes, they were leading by two goals to one. It just goes to show that Bucs have the quality, but in most times, they fail to use them in the right way. When it comes to league matches, they struggle to score more than one goal. But in cup games, they always play like a man possessed. In the MTN8 Semifinal, they defeated rivals Kaizer Chiefs twice and won 5-0 on aggregate. They did not miss many chances. However, things would be totally different when they would come back to the league.

Josef Zinnbauer has been complaining about the lack of strikers. Tshegofatso Mabasa, Lepasa, and Gabadinho Mhango have been sidelined due to injuries. Austin Muwowo and Jean-Marc Mundele have not been able to convince the German-born that they should be starting matches. The pair did start the CAF Confederations cup second leg match against Jwaneng Galaxy. The Bucanneres won 4-0 on aggregate.

The Soweto Giants face Bloemfontein Celtic this evening and they will look to avoid not finishing matches early. They dominate most matches end up playing a draw. With only 12 games to play, Pirates are worried about their position on the log. Their wishes are always playing in the Champions League. However, judging from the position that they are in at the moment, they will not even make CAf Confederations Cup unless they win the Nedbank Cup. The league seems to be far off their reach.

Downs Finalized Safranko Deal After Reaching An Agreement With The Club...

Dumisani Zuma speak out on why Gavin Hunt is benching him

UEFA : Clubs Involved in Super League will be removed from the World Cup (see why)🙆🏽‍♂️