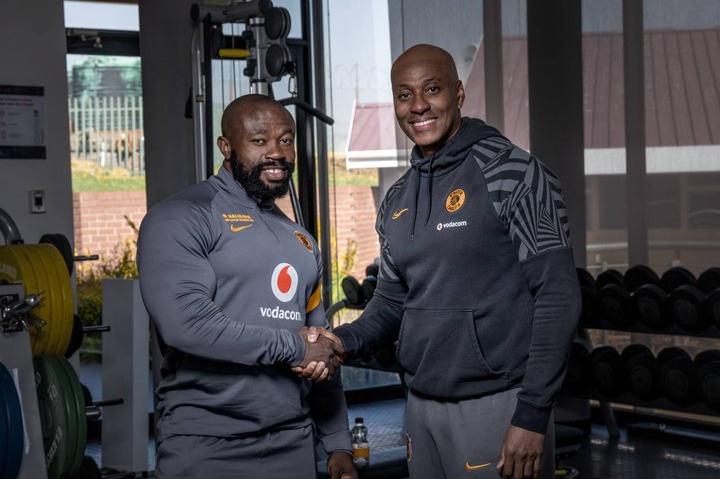 Kaizer Chiefs football club has been busy in the off-season since the conclusion of the 2021/22 campaign. The Soweto-based giants before the season ended revealed through the club's Sporting Director Kaizer Motaung Junior, that there will be a squad reshuffle to reduce the squads age average.

However, the club kept to their word as they released 12 players in total to date to make room for younger players to join the club. In addition to parting ways with a dozen players, Amakhosi signed just under ten new additions to fill the void.

Kaizer Chiefs appointed Arthur Zwane as the club's new head for the 2022/23 season and beyond and will look to win trophies after going seven years without any silverware. The club has strengthened Zwane's squad ahead of the new campaign with more expected to join the club.

Since Amakhosi added new players to their squad after assigning the head coach, the club has now shifted their focus to strengthening their technical team. Kaizer Chiefs added their latest addition to the senior team as they welcomed Muzi Maluleke, who will work as a senior Sports Scientist and Strength and Conditioning Coach.

Maluleke join the Soweto side from University of Pretoria. The club's Sporting Director Kaizer Motaung Junior welcomed the new addition to Naturena with a firm handshake and a photo to capture the moment. 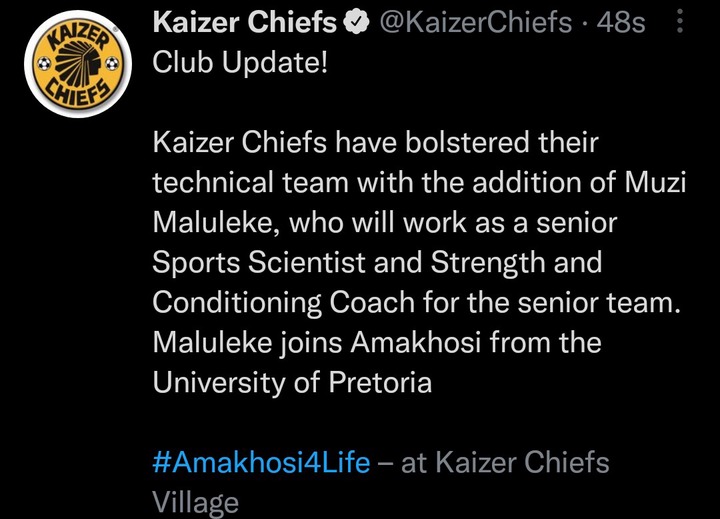 Progress || Zwane Brought Something That Was Missing For Chiefs