Siyamthanda Kolisi: an in-depth of his heartwarming personal life in detail - here's all you missed 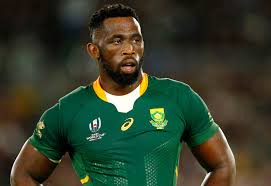 Siya Kolisi has packed his bags and moved on. The South African rugby player had confirmed that after spending his entire rugby career in the Cape. The 29 year old had decided to part ways with the union.

The Cape franchise went to great lengths not to mention where the 2019 Rugby World Cup, winning skipper would be continuing his career but took it as a dead certainty that it will be up the coast at the Sharks.

However, how well do you know Siyamthanda Kolisi? Below, are the ten facts and stats to impress you.

2. Siya Kolisi's mother died when the rugby star was only 15 years old.

3. He went to Grey High School in Port Elizabeth and he played in the Under-16, Grant Khomo and Under-18, Craven Week and he was also part of the EP Kings Youth setup.

4. Siya Kolisi made his Springboks debut on the 15th of June 2013, against Scotland at the Mbombela stadium in Nelspruit as a fifth minute replacement for Arno Botha.

5. He became the first ever black player to lead the Springboks in their 126 year history in a test against England at Ellis Park on the 9th of June 2018.

6. Siya Kolisi is married to Rachel Kolisi in 2016, and the couple have two children together and their two adopted children, who are Siya Kolisi's siblings. In total the couple is blessed with four children. 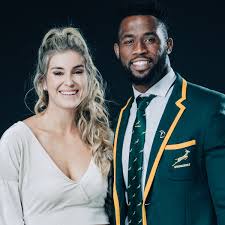 8. Siya Kolisi has scored six tries in those 50 tests, four against Argentina and one against France and Namibia.