Manyama's season has been hampered by injury, with only 11 games and no goals to his record.

The 31-year-old last played in March before suffering another injury that forced him to miss the rest of the season.

He has a contract that runs until the end of next month, with a one-year extension option.

After being brought on board on a lucrative package during a season-long stint in Turkey, the team now has to make some tough decisions.

With Leonardo Castro and Samir Nurkovic on their way out, the club is phasing out high-paid players who have contributed little.

Due to Manyama's injury concerns, the club has decided to hold a series of meetings rather than wait.

If he stays on as caretaker coach next season, word on the street is that Arthur Zwane wants to work with a younger group.

Since Stuart Baxter's dismissal, Zwane has overseen seven games in which the former Ajax Cape Town and SuperSport United player has not played.

In 98 appearances with the Chiefs across four years, he has scored 15 goals and assisted on the same number of occasions.

In the May issue of KICK OFF, Manyama is featured as the cover story. 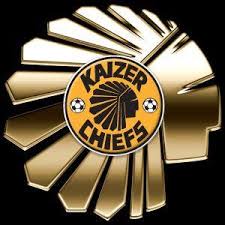 "Alfred (Maimane Phiri) and I have been encouraging him to put in extra effort on this."

Percy Tau could part ways with Al Ahly, Check below

Most Wanted Suspect Finally Arrested In Ivory Park, This Is What He Did

Al Ahly To Release Percy Tau In A Year, Regarding His Physical Injuries