By BlackShakespeare (self media writer) | 4 months ago 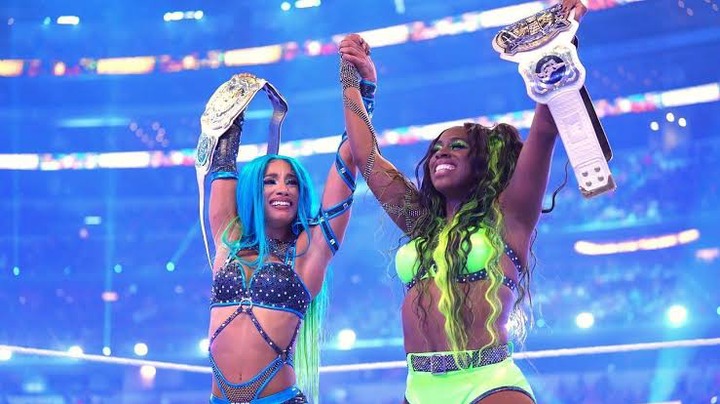 Naomi and Sasha Banks paired not so long ago and everyone fell in love with them as a team, they work well together and they have each other's backs, that was evident last night when they took home the crowns.

A little background check on the champs, Naomi debuted in 2012 on the main roaster and she is the first African-America Woman to win the SmackDown Women's Championship, the title which she held twice in her career.

Sasha debuted in 2014 and she, along with Charlotte Flair were the first women to fight in the Hell In A Cell cage match, the first to also main event Wrestlemania (w. Becky) and she is former 5 times Raw Women's Champion and 1 time SmackDown Women's Champion.

Yes, this is the first reign as a tag team champion for Naomi, but Sasha has held the titles two times with former partner Bayley which they lost at Wrestlemania 35, but the respect between the two athletes is real and viable to all of us. 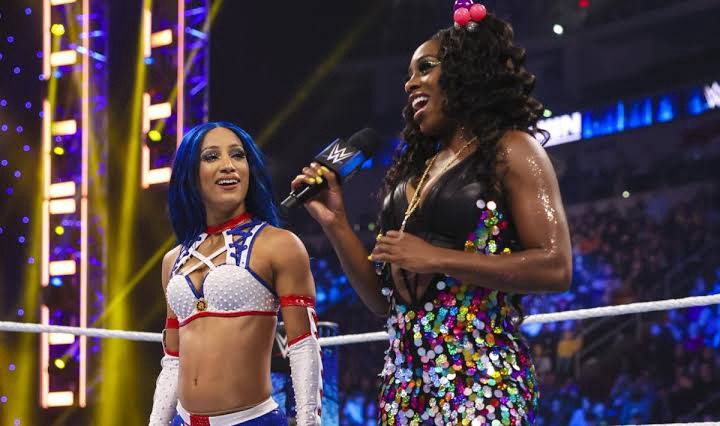 Even though Sasha has held more titles than Naomi, here is a look at some of Naomi's achievements since she came, as I said she held the WWE Smackdown Women’s Championship (2-times). She won the WrestleMania Women’s Battle Royal (2018), and the WWE Year End Awards: Most Underrated Superstar of the Year (2018) and a Slammy Award (1-time) for Best Dance Moves of the Year (2013).

I am more than excited to see how long the reign will be and how much they will elevate the titles as even though former champs Queen Zelina and Camella have held them for 132 days, they haven't defended them that much. 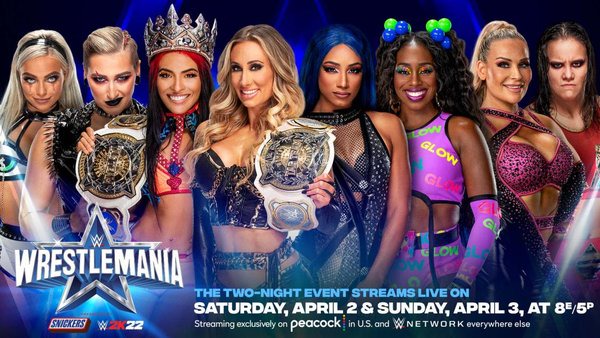 Naomi and Sasha outlasted 3 teams, the former champs, the team of Rhea Ripley/Liv Morgan and Natalya/ Shayna Baller after a cruesome match that resulted in Camella being pinned and breaking her fiance, Corey Graves' heart who was at ringside commentating

Content created and supplied by: BlackShakespeare (via Opera News )