Thembi Kgatlana, a striker for the Banyana Banyana, has relocated from South Africa to the United States and signed a deal with Racing Louisville FC in ahead of the start of the new season.

In a statement that was published on Wednesday by Racing Louisville, it was revealed that Kgatlana had signed an agreement that would last for two years and have an option to extend it beyond June 2024. 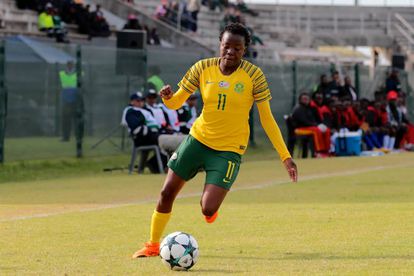 Additional information was released by Racing Louisville, in which it was said that in order to acquire the services of Kgatlana from Atletico Madrid, Racing Louisville was required to pay a transfer price.

In 2018, when she was 22 years old and signed with the Houston Dash, Kgatlana embarked on her adventure of playing professionally outside of South Africa for the first time. She played for the United States.