By Psllogtable (self media writer) | 11 months ago 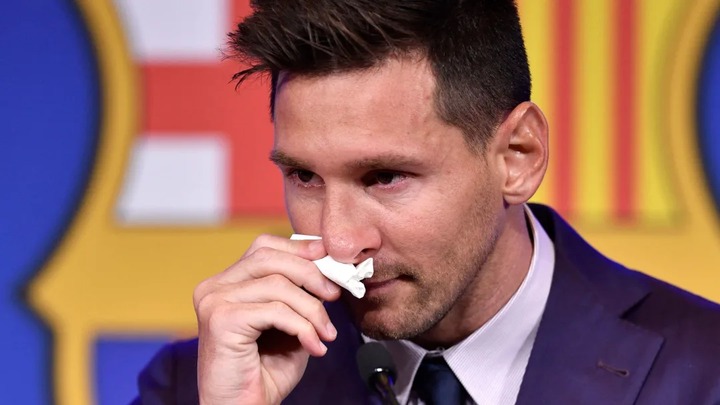 At the farewell conference at Barcelona, Lionel Messi shed tears during his touching goodbye speech which led to his wife Antonella giving him a tissue wipe off his tears.

This came after it was announced that FC Barcelona can no longer afford to keep their star player Lionel Messi at the club due to the club's financial situation. Then it was also revealed that Messi will be joining French giants PSG, joining his closest friend Neymar Junior.

An unnamed man who was sitted at the front row of the same press farewell conference managed to pick up that tissue paper after it had been thrown into the rubbish bin and later decided to auction it for a whopping 1 million US Dollars.

When auctioning the tissue, the man claimed that the tissue contained Lionel Messi’s genetic DNA that would allow you to clone a football player like him.

Content created and supplied by: Psllogtable (via Opera News )

Death And 7 Dangerous Things That Happens During Abortion

What Are Skunk, Haze, And Kush Cannabis Strains?