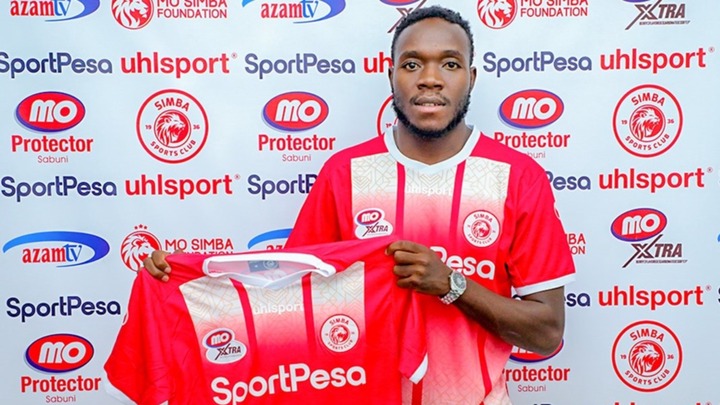 Zimbabwean International Perfect Chikwende who most recently played for Simba SC has signed with a new club just days before his initial contract with Simba SC was set to expire. Chikwende first played in the Zimbabwean PSL before making his way to Tanzania to play for the highly successful Simba SC side who are known for their regular CAF Champions League appearances. Simba SC caused upset last season in the Champions League before they were ousted by Kaizer Chiefs in the quarter-finals.

Chikwende played in Zimbabwe with Platinum FC and Bulawayo Chiefs FC before he moved to Tanzania. Chikwende signed a one-year deal with Simba SC back in January 2021 and his contract was set to expire now in a few days on the 30th of January 2022 with the Tanzanian giants. At Simba SC the striker/winger struggled for game-time, but has finally signed with a new club which should promise him more minutes on the pitch. 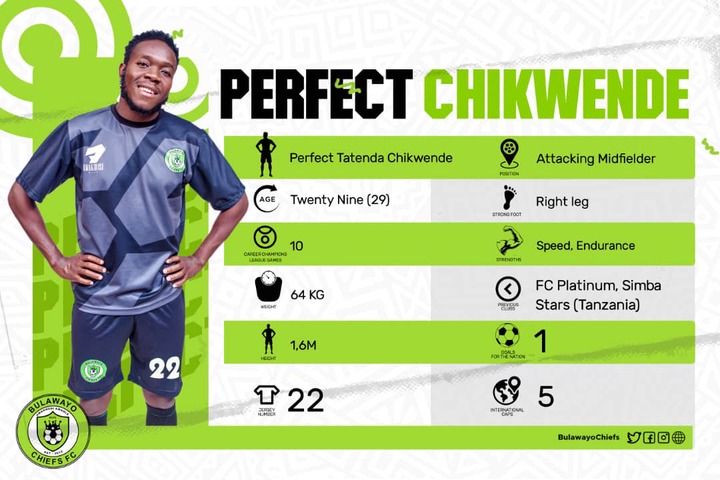 Perfect Chikwende has now signed with his former club Bulawayo Chiefs FC in Zimbabwe as he will now serve a second term with them in hopes to get his professional football career back on track. Chikwende played for Chiefs for three years before he joined Platinum FC in 2019 until 2021. Chikwende was away for three years but he is back in his home country with his former club to offer his football expertise to the locals of his native land once again.

Bulawayo Chiefs FC has confirmed the deal, as they posted on social media that they signed the striker with the caption "The ninja returns home". Perfect Chikwende who also plays for the Warriors [Zimbabwean National team] will now be in better luck to play regularly for Chiefs compared to the starving minutes of game-time he endured at Simba SC. 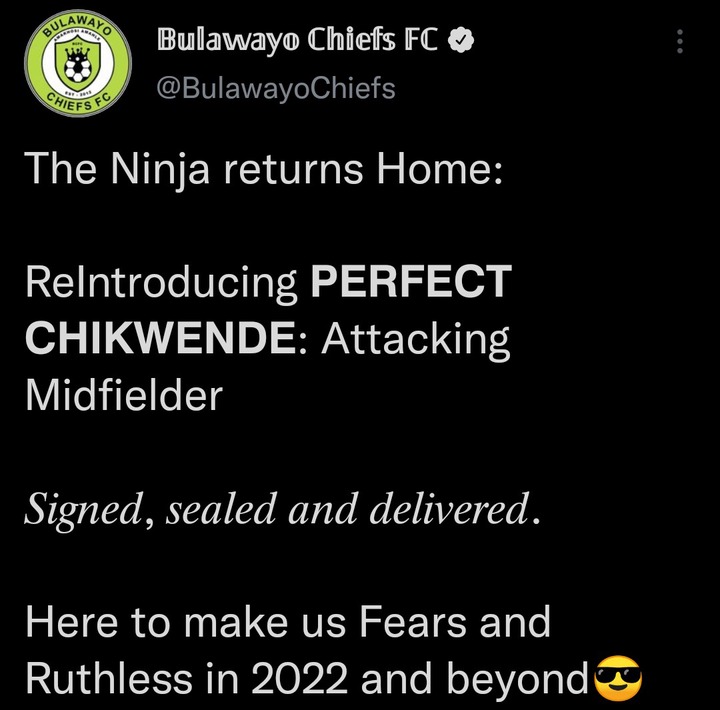