By Antony (self media writer) | 4 months ago

PARIS - Vinicius Junior scored the only goal of the game as Real Madrid beat Liverpool 1-0 in Saturday's Champions League final in Paris to become kings of Europe for a record-extending 14th time after a night marred by problems outside the ground that led to the kick-off being delayed by over half an hour.

Brazilian winger Vinicius turned in Fede Valverde's low cross in the 59th minute at the Stade de France and Liverpool could not find an equaliser as Jurgen Klopp's side lost to the Spanish giants in a Champions League final for the second time in five seasons.

There’s vast history inside the walls of the Bernabeu – and it’s going to take several generations for the likes of City and PSG to even get close.A 'winning culture' may be one of the most over used terms in modern football but Real Madrid and Carlo Ancelotti proved on Saturday, at Liverpool's expense, that there truly is meaning and value in the concept. 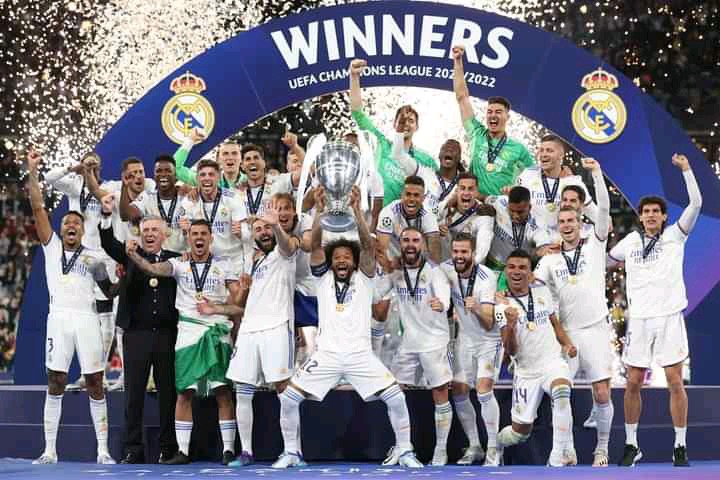 With the 1-0 win over Jurgen Klopp's side, Ancelotti became the first coach to claim the Champions League four times, with his second victory as Real boss coming after two triumphs with AC Milan.

As for the Spanish champions, this was the 14th time they have won Europe's elite club competition – twice as many as the next most successful team Milan.