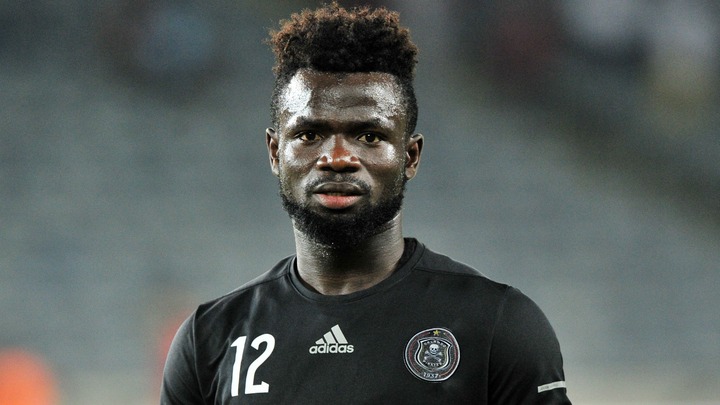 A former Orlando Pirates striker re-signed with a Tanzanian Premier league club he formerly played for.

The 28th time Tanzanian league champions signed former Kaizer Chiefs striker Lazarous Kambole days ago and handed four of their players new and improved deals, added Morrison to their squad as they will be playing CAF football next season.

Morrison played for Orlando Pirates in the 2017/18 season and most recently played for Simba SC a football club also from Tanzania.

The Ghanaian striker is a 29-year-old with loads of experience and much to offer his former and now current club Young Africans.

The Tanzanian champions announced the arrival of Bernard Morrison with a post on Twitter stating he's back. With the caption there's a video added of Morrison putting pen to paper with the club. 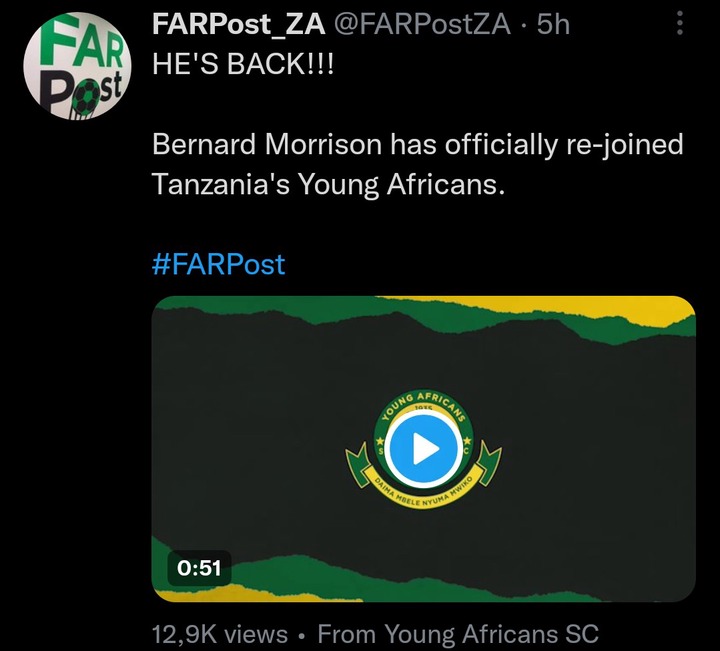