WWE's statement on the Sasha Banks/Naomi Raw walkout is just the beginning. 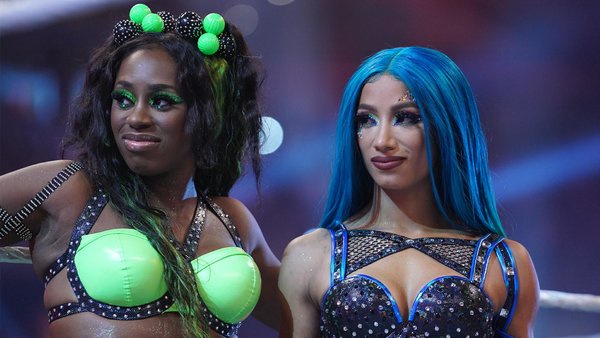 Feeling disrespected in their roles as Women's Tag Team Champions was reportedly the crux of Banks and Naomi's issues. The situation is complicated, however, as the duo were reportedly unhappy with their creative direction on Raw, with their walkout necessitating major rewrites ahead of the broadcast.

WWE has since released an official statement on the matter. Now, WrestleVotes has issued the following update stating that WWE's statement was merely the start of the details, with the tension palpable "all day" ahead of Naomi and Banks' decision to leave Raw:-

Source notes the WWE statement regarding the Sasha / Naomi walkout is just the baseline of the details. The tension leading up to the walkout was palpable all day, with both superstars upset at something that transpired. More details will come out in due time on this.

Naomi had been scripted to win a six-pack challenge to crown the number one contender for Bianca Belair's Raw Women's Championship on the show. In her absence, Asuka defeated Becky Lynch one on one to earn that shot.

Details are still coming through on this tricky situation. We will bring them to you as they emerge.

WATCH : Bheki Cele Caught On Camera Telling A White Man To ' Shut Up'