Brilliant Arrows botched the opportunity to move second on the DStv Premiership table, after they were held to a 1-1 draw by Bloemfontein Celtic on Sunday evening.

Bolts rolled out two improvements from the draw with Swallows, as Lindokuhle Mtshali and Knox Mutizwa were reviewed while Celtic were unaltered from the side that beat TS Galaxy, with Menzi Masuku and Ndumiso Mabena flanking Victor Letsoalo forthright.

The game was open in the beginning phases, with Celtic playing a high line and Pule Mmodi got an opportunity for Abafana Bes'thende, in the fourteenth moment in the wake of going through on the left half of the case, however his low twisting shot was saved by shot-plug Jackson Mabokgwane.

Siwelele in the long run broke the stop 11 minutes before the break, after Mzwanele Mahashe's descending header at the back post from a header redirected off the foot of Letsoalo, and wrong-footed goalkeeper Sifiso Mlungwana into the rear of the net.

Velemseni Ndwandwe ought to have evened out for Mandla Ncikazi's accuses of seven minutes left of the primary refrain, in the wake of accepting a cut-back from Mtshali plain inside the six-yard box, however his low strike was excessively near Mabokgwane.

Mutizwa was unfortunate not to net the equalizer for Arrows four minutes before the break, subsequent to timing his rush to a very much weighted cross by Ndwandwe, plain inside the crate however his circling header over Mabokgwane fell off the crossbar and the hosts went to the break following by an odd objective.

John Maduka's soldiers were engrossing the pressing factor and playing on counter-assaults coming from the break, and Aabafana Bes'thende rolled out the primary improvement not long before the hour-mark, welcoming on Siphamandla Sabelo instead of Mtshali for new legs.

Siwelele were threatening to twofold their lead on counter-assaults and Letsoalo approached for the guests in the 68th moment, with a free header inside the six-yard box that cruised over the bar after a decent cross by Mabena.

Notwithstanding, Mutizwa at last leveled matters for Ncikazi's men just now with a short proximity header, from a bounce back after Sabelo's circling shot fell off the crossbar.

Maduka was risking everything just now with a triple change, as Tebogo Potsane went ahead for Mabena, Harris Tschilimboi on for Masuku and Given Mashikinya for Neo Maema, for new legs.

Bolts were down to ten men just now after Ntsako Makhubela got a subsequent booking and was shipped off, yet Abafana Bes'thende figured out how to hang on for the portion of the riches, as they stayed in third put on the log while Celtic additionally stayed in 10th. 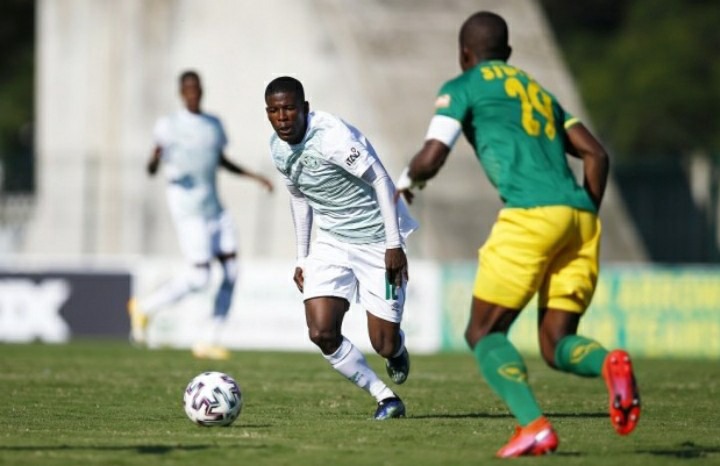 Here's the means by which they began: