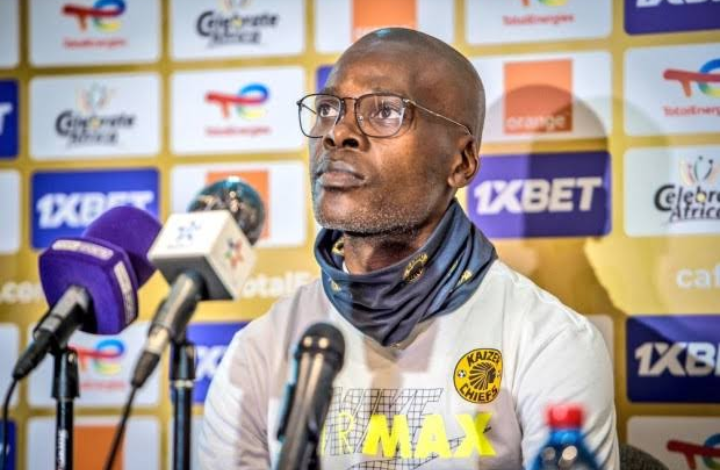 Zwane Opens Up On Parker Future.

Despite the fact that Kaizer Chiefs captain Bernard Parker's contract is set to expire at the conclusion of the season, interim coach Arthur Zwane has opened up about his future with the club.

A three-year career in Europe, during which he played in the top-flight leagues of Serbia, the Netherlands, and Greece – as well as winning the Eredivisie title and Johan Cruyff Shield with FC Twente – preceded Parker's arrival at Chiefs in 2011.

He's made 361 appearances in all competitions for Amakhosi, first as an attacker and now in a more central role as a midfielder, and he's won two league titles, the Nedbank Cup, and the MTN8 with the club over the previous decade.

Recently, he's been approached about the possibility of transitioning into coaching, and his agent, Mike Makaab, indicated to iDiski Times that this would be his next professional step.

When asked if this is his final season in the professional game, Zwane was cryptic, although he did add that the team will support him in his future endeavors.

"I speak to each and every player because we want to assist them, Bernard... he understands that he will never be able to play football forever," Zwane stated in response to a question from iDiski Times during the post-match press conference on Sunday evening.

"Yes, he has indicated that he would like to pursue a coaching career, and I have recommended him to register for coaching courses because there are chances available everywhere. I informed him that he could also travel to Ireland, as there is where I obtained my coaching license.

"He can also obtain assistance from the SAFA because the CAF, I believe, will now allow coaches due to the improvement in Covid [regulations]." So, yes, we will attempt to assist Bernard if he wishes to become a coach – and he will most certainly assist him.

"We need more people who are important and who can set a good example for the rest of the world. It is true that he has never been troublesome, that he has always been disciplined and that, should he become a coach in the future, he will be an excellent leader."

Parker has accumulated 68 goals and 37 assists throughout his career with the club, and he is the third-highest scorer in the history of the Bafana Bafana with 23 goals in 72 international appearances.