By Mohamed_Salah✔ (self media writer) | 8 months ago 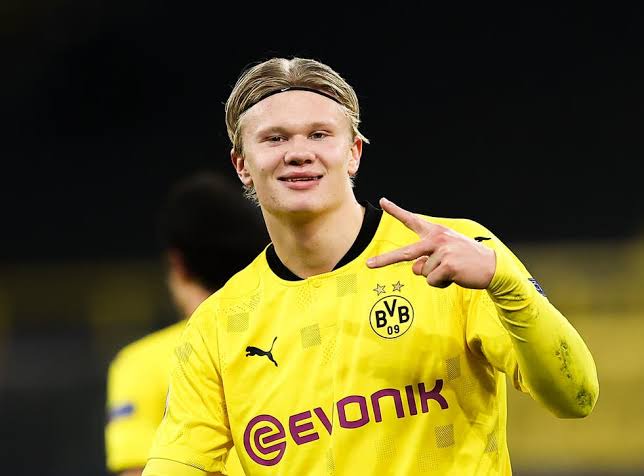 Erling Braut Haaland is a Norwegian Professional footballer who plays as a striker for Bundesliga's club BORUSSIA DORTMUND and the NORWAY NATIONAL TEAM a prolific goalscorer.

Erling was born LEEDS in 2000 when his father was on the books of Leeds United, Alf-lnge Haaland had moved to ENGLAND seven years earlier after working his way up through the ranks at local club Bryne. Erling Haaland started his career at his hometown club Bryne in 2016 and moved to MOLDE the following year, he spent two seasons with the club before signing with Austrian side RED BULL SALZBURG in January 2019. At Salzburg ,he won two Austrian titles and one Austrian Cup.

In December 2019, he completed a transfer to Borussia Dortmund for a fee reported to be in the region of € 22 million.

He carried on his goalscoring success in his champions league campaign,becoming the second teenager to score ten goals in the competition,won the 2020 GOLDEN BOY AWARD.