By Wrestlinguy (self media writer) | 4 months ago 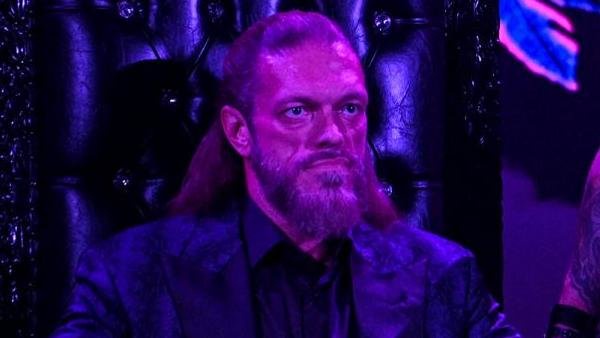 Rhea Ripley became the first woman to join a major faction in WWE in quite some time Sunday night, aligning herself with Edge's Judgement Day at WrestleMania Backlash.

Edge battled AJ Styles in a Mania rematch that saw the Rated-R Superstar target AJ's injured shoulder throughout, but he was unable to put the Phenomenal One away. Toward the end of the match, Damian Priest defied the match stipulation of being barred from ringside and walked down the ramp, only to get jumped by Finn Balor. The two brawled into and out of the ring, which provided a distraction for a hooded and masked wrestler to pull Styles off the top rope.

After Edge capitalized and picked up the win, the masked figure entered the ring and knelt before him, then unmasked. As rumored, it was Ripley, whom Fightful Select had previously reported was being considered for the group.

Ripley has cooled off considerably since winning the Raw Women's Championship at WrestleMania 37. After losing the title to Charlotte Flair three months later, Rhea spent the next several months floundering in tag teams with Nikki ASH and Liv Morgan. While both partners have their own great qualities, Ripley was seemingly being parked in the tag "division" for the past eight months.

As part of Judgement Day, Ripley hopefully will have the opportunity to mix it up with different superstars - including the men. Already, she immediately becomes a potential challenger for Raw Women's Champion Bianca Belair.

Don't blame Mashaba or ActionSA, the DA is the reason the ANC and EFF got Joburg

ANC Veteran Shares Why He Visited Zuma In Nkandla

#MTN8 - Who will win the dynamite midfield duel between Jali and Ndlondlo?