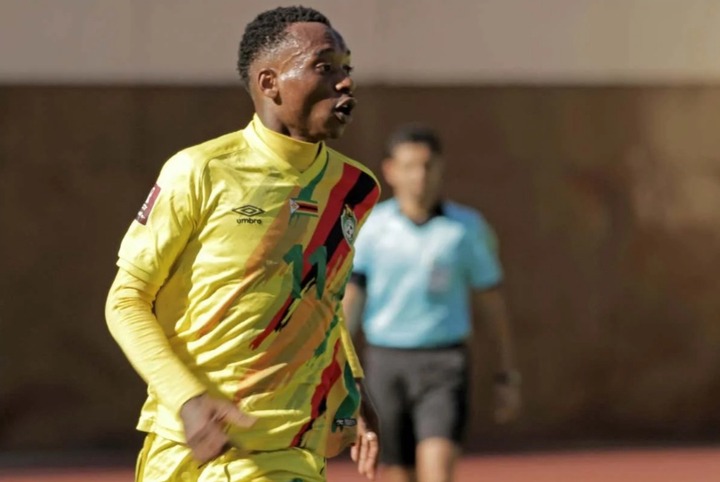 After the 2022 Fifa World Cup qualifiers, the 31-year-old Amakhosi star announced his retirement from the Warriors.

As the Africa Cup of Nations tournament approaches, Zimbabwe is attempting to persuade Kaizer Chiefs attacker Khama Billiat to reconsider his decision to retire from international football.

Billiat has been a prominent player for the Warriors since his debut in 2011.

According to The Herald, Mpandare said, "I still have to engage Khama Billiat and try to talk to him about the potential of playing in the 2021 Afcon finals in Cameroon."

"Obviously, we all knew he would retire from international football at some point, but we all assumed it would be after the Afcon tournament." Even Knowledge [Musona] has stated that Cameroon will host his final Afcon. So we're hoping for a successful engagement."

Billiat's availability for the Afcon would have come at a time when he was regaining form with Kaizer Chiefs, if he reverses his choice.

He has previously represented Zimbabwe in two Afcon finals, scoring a goal against Uganda in the most recent tournament in 2017.

Zimbabwe will compete in their sixth Afcon competition, and they are presently ranked fifth in Africa.

Zimbabwe will compete in their fifth Afcon competition, although they do not have a permanent coach at the moment, with former Chippa United strategist Mapeza serving as an interim coach.

Apart from Billiat's likely withdrawal from the Afcon, Zimbabwean football is in shambles after the government recently suspended the Zifa board for suspected mismanagement.

This is considered as having the potential to disrupt preparations for Cameroon's hosting of the biannual tournament in January and February 2022.

"We're still laying the groundwork for Afcon," Mpandare said. "With everything that's going on, we just have to do our part while we wait for directives from the authorities."

"However, according to our preparations, we had hoped to start camp on December 15." The problematic issue right now is that we don't have a coach, which makes planning a little difficult.

"There were several things we should have discussed with the coach." For the time being, I can only do so much because my responsibilities as team manager are limited."

The Warriors have never advanced past the group stage in any of their previous Afcon events.