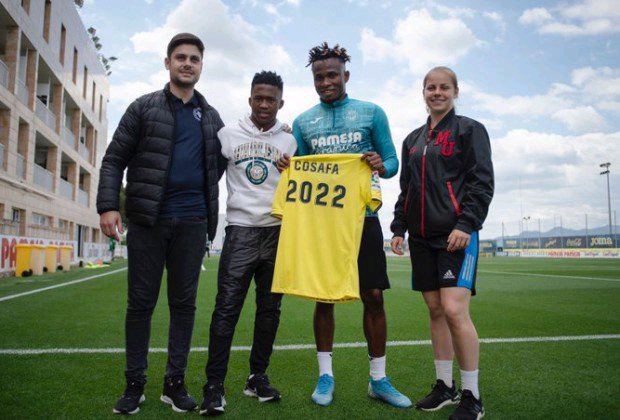 Some of the best teams in the world seem to be interested in our players from the academy, but it's too bad that they don't get a fair shot with the first team.

Everything that is popular about Mduduzi Shabalala on social media is popular for all the right reasons.

Mduduzi Shabalala was at the stadium in Spain last week to watch Liverpool play Villarreal in the semifinals of the Champions League. 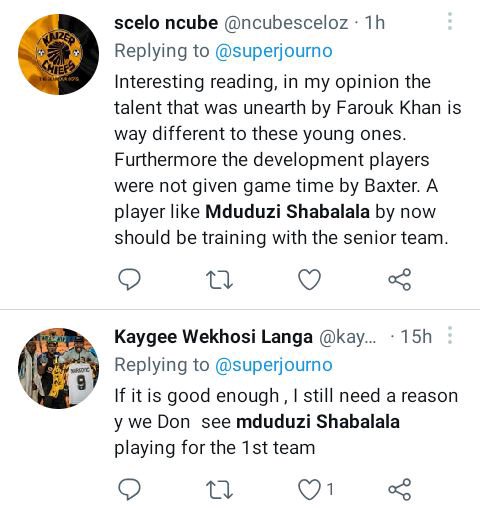 He's back in the country, but the question is whether or not he'll be able to show off his skills. We'll have to see what happens.

We have a player who is one of the best of his generation. He made a name for himself in Europe and is now back with us. He needs a chance on the first team, or we might lose him to one of our rivals. 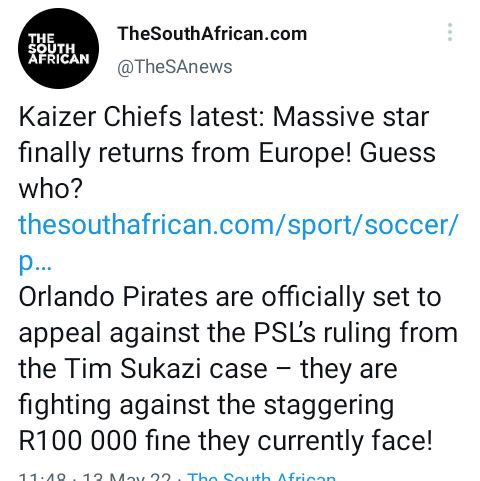 He also did well in Belgium and Spain. It usually takes a few months to get used to a new country, but he has already hit the ground running. 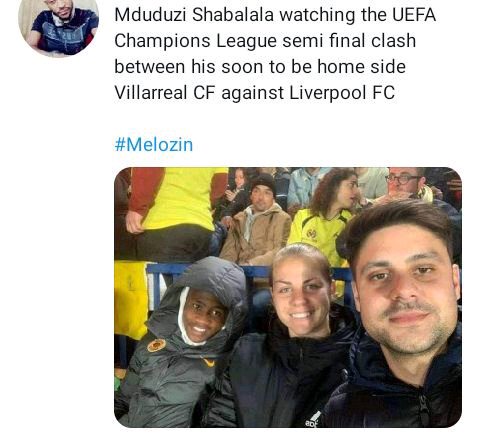 Even though he is only 17, he has shown a lot of maturity. He has also done well in some of the best leagues in the world and made a name for himself. We have the best academy in the country, so if we want players like Khune to play for the first team, we have to promote them. He is young, but I think that if you are good enough, you can play at any age.