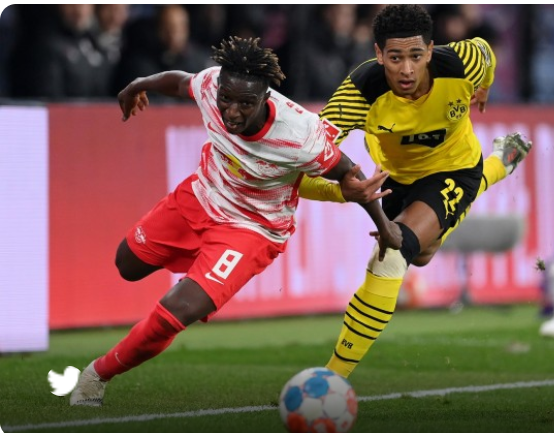 With reports claiming that Ralf Rangnick will take over as manager of Manchester United, the German coach appears to have already chosen his first signing.

Rangnick is set to be introduced by Manchester United as the club's temporary manager for the remainder of the season following the dismissal of Ole Gunnar Solskjaer last week.

In an article published by The Source, it is stated that the German-born coach has already selected his first target ahead of the January transfer window.

The report claims that Rangnick is interested in signing RB Leipzig midfielder Amadou Haidara, whom he signed for the Bundesliga club three years ago when he was still in command of the club.

The Mali international, who has scored two goals in 11 Bundesliga outings so far this season, has previously expressed his affection for the Manchester United football team.

"Manchester United is a favorite of mine, and I try to attend as many games as possible." "I've always wanted to play there," he told Bild in 2019.

Rangnick will reportedly sign a six-month contract with the Red Devils now before moving on to a two-year consulting job with the club, according to reports.