Stuart Baxter, who is a Coach for Kaizer Chiefs, has revealed that he is the favorite goalkeeper of the Chiefs' Itumeleng Khune, as he does not appear in DStv Premiership matches.. 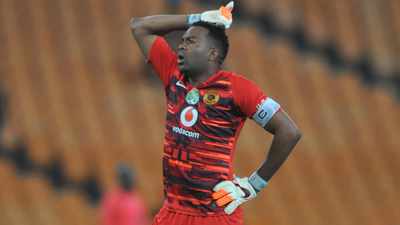 Khune's jersey has been worn since the start of the league. He last appeared in the MTN8 quarterfinals when the Chiefs knelt on penalties beaten by Mamelodi Sundowns.

Before that he played in the Carling Black Label Cup with a fan vote and could not finish it.

At Sundowns he was ridiculed by his teammate Kennedy Mweene for confusing him with a penalty kick. Since the mockery of him, he has interacted with fans on social media and has never been seen again.

It is currently Bruce Bvuma who is blocking all league games.

Before the start of the season Baxter announced that Khune would be his first goalkeeper, and would lead the team as captain.

After the Chiefs' recent stint at Sundowns blocked Bvuma in the league, Baxter sounded like he was singing a different song about Khune's situation.

"Thanks to our fortune being blessed with top goalkeepers, there is a time when we are forced to choose the one that will block the future and the future of the team," Baxter said this week.

“Bruce (Bvuma) is the blocker at the moment because we have found that the current goalkeepers are in the same situation. This forces us to consider the future of the team when making decisions. Of the goalkeepers we have now, Bruce will be the Chiefs goalkeeper for a long time. ”

In addition to his decision, Baxter also revealed why he chose those goalkeepers (Bvuma and Daniel Akpeyi on the bench). He said it was because they were in their national team squads at the same time, Khune sitting at home.

“Khune's absence from the bench is due to the fact that we have two goalkeepers in the national team, which means that they are better off than those who were not in the national team. "Nothing more than that, at the moment we see Bruce and Akpeyi as the right players," said the coach.

The next Chiefs match is the DStv Premiership match against Royal AM on Saturday at 5pm at FNB Stadium, Soweto.