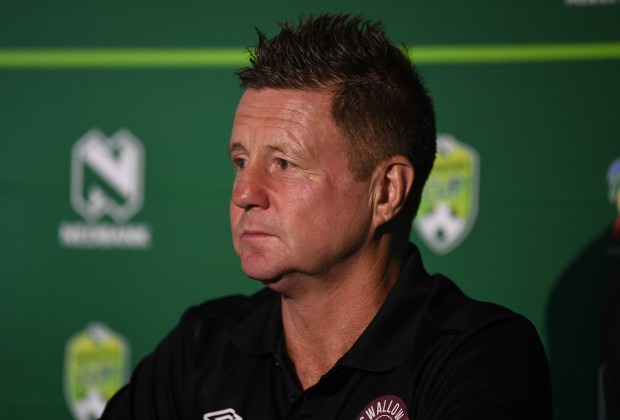 Moroka Swallows mentor, Dylan Kerr, in organization with Boots for Africa, will surrender in excess of 180 sets of boots to under-resourced players in Polokwane this end of the week.

The Siya group originally wrote about the drive in August last year, when a tweet by the then Marumo Gallants mentor in October circulated around the web and in spite of the fact that Covid limitations postponed the shipment for over year and a half, Kerr has stayed faithful to his obligation to the players and gets back to Limpopo this end of the week to surrender the truly necessary hardware to these gifted players by and by.

The excursion to get the boots from Europe to Africa was downright incredible, with various members assuming their individual parts in getting it going.

The underlying tweet was gotten by West Ham fan Darren Lilley, who prodded individuals from different Scottish clubs, including Kilmarnock FC (where Kerr played in his childhood prior to proceeding to play for Scotland), to hold an assortment drive for the children in Africa. Ahu Amateurs FC, Helensburgh FC and Bowers Pitsea FC additionally jumped aboard. John Hall of Brownings, the dough punchers well known for the Killie Pie, moved the cases of boots and shoes from Scotland to Essex and, with the assistance of Boots for Africa and Bollore Logistics, these were then delivered to South Africa.

These, alongside others gave by Liz Taylor and her family from Glasgow and Cumbernauld United 2008, will be given over to players from four schools and one foundation this approaching end of the week.

"We are regarded to have an impact in Dylan's drive. Having the right gear has an enormous effect and empowers players to arrive at their maximum capacity. We get north of 1000 demands per week for gifts, which we can't satisfy. Dylan has surely driven the way with this drive. We trust different mentors and administrators will follow his model, planting once again into the networks they are enthusiastic about," Gavin Hendry, Chairman of Boots for Africa said.