Kaizer Chiefs FC signed striker Bonfils-Caleb Bimenyimana on what is believed to be a two-year deal with a one-year option. The 24-year-old forward is expected to go for his medicals with his unveiling set to follow. Kaizer Chiefs football club has finally added another striker to their forward arsenal after spending many weeks in search of a goal poacher to assist Ashley Du Preez in the attack.

The Soweto-based giants parted ways with Samir Nurkovic who has since signed with Royal AM, Lazarous Kambole who joined Young Africans SC and David Leonardo Castro.

The three former Kaizer Chiefs forwards left a void that needed to be filled at Amakhosi, and with the signing of only Ashley Du Preez from Stellenbosch FC to their attack, the search for a naturally talented striker was still on.

The Naturena base side handed a few strikers the opportunity to trial at the club in the off-season to impress the technical team, but all of the trialists failed to leave an impression.

Burundian striker Bonfils-Caleb Bimenyimana was one of the players on trial with Chiefs and was part of the club's pre-season campaign.

The 24-year-old striker did fairly well in pre-season as he found the back of the net a couple of times, and at the time it was believed that the club offered to sign the player on a three-year contract.

However, the club decided against signing the Burundian. Bonfils-Caleb Bimenyimana flew out of the country after his unsuccessful trial with Chiefs with indication that the club wouldn't sign him, but the club has now made a u-turn.

Bimenyimana has landed in South Africa in the early morning hours of the day with confirmation that the club and the player agreed on a two-year deal with a one-year option.

The young player arrived at Naturena accompanied by his representative with him expected to do his medical. His unveiling is also believed to be set to follow after he passed his medicals.

Bimenyimana's last club he played for was Kaisar in the Kazakhstan Premier League which is not far off from Kaizer, which is now his new home. 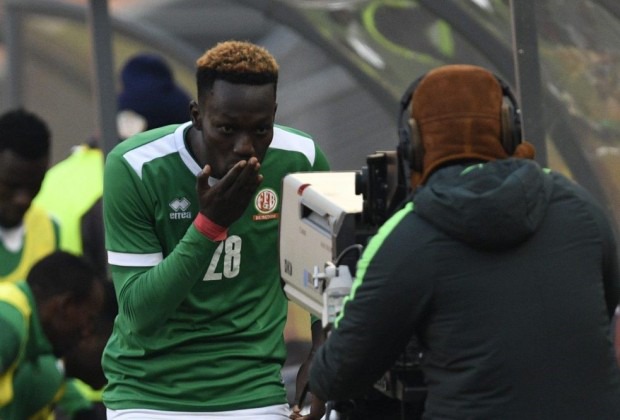