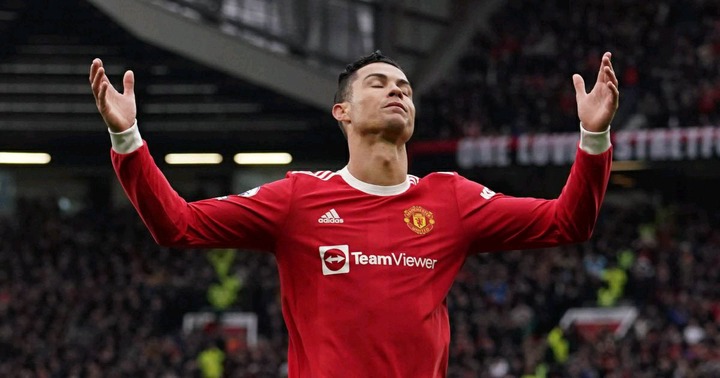 The supporter base of Manchester United continues to voice a wide range of perspectives over Cristiano Ronaldo's decision to request a release from his contract and leave the club during the upcoming summer transfer window.

The captain of Portugal reportedly gave orders to his employer to accept any big bid in the case that any team approaches them for his services, according to a story that was published in The Times and Manchester evening news.

According to the aforementioned news outlets, the player, who is 37 years old, has decided to leave the club because the organization will not be competing at the highest level of competition in Europe for the upcoming season. This decision is said to be motivated by the fact that the organization was unable to qualify for the competition. The Portuguese soccer player has set himself the long-term objective of playing in the Champions League for the entirety of his professional career.

Ronaldo's status at Manchester United has been put into doubt on multiple occasions, so this is not the first time it has happened. The top player had previously hinted that he was willing to quit the club as soon as the season completed, and the fact that the club did not qualify for the champions league has just added gasoline to the fire over his potential departure from the organization.

There have been whispers circulating ever since the transfer season opened that the player who has won the Ballon d'Or an unprecedented five times will be moving to Bayern Munich. The German club, on the other hand, has openly confirmed that the claims are nothing more than rumors. Since then, there have been rumblings that Ronald will transfer to Chelsea, according to the rumors. Chelsea has been mentioned as a possible destination for Ronald's transfer.

This comes after it was reported that his agent, Jorge Mendes, met with Todd, the new owner of Chelsea, to discuss the possibility of transferring him from Old Trafford to Stamford Bridge during the upcoming summer.

And since since it became public knowledge that he was willing to quit Old Trafford, supporters of Manchester United have reacted in a variety of different ways. It would indicate that they are coming to terms with the loss and making preparations to move forward in the upcoming campaign without their legendary star.

The following is a selection of their replies, which were posted on various social media platforms not long after this announcement was made publicly available:

"everyone was fooling themselves into thinking that Ronaldo was playing in the Europa League," as the expression goes.

"Whether you agree or not, the fact of the matter is that Cristiano Ronaldo is just not good enough to compete in the Europa League for one of the top six spots. When our organization has reached the point where it is considered a respectable club, we won't have to worry about trying to recruit and keep the greatest players."

"There is nothing preventing Ronaldo from leaving, should he so choose. It is of the utmost importance that he close out his career on a high note, but I am unsure as to whether or not we will be able to make that happen."