Ralf Rangnick's arrival at Manchester United heralds the start of a new era at Old Trafford.

The 63-year-old wanted to be United's interim manager on the condition that he would then be offered a consultancy role. The club agreed, and once Rangnick relinquishes control of the team to a permanent manager in the summer, he will report to the football director.

Rangnick has been described by Murtough as "one of the most respected coaches and innovators in European football," and his pedigree extends to recruitment, with RB Leipzig and Red Bull Salzburg boasting an impressive alumni thanks to his input.

United fans will be hoping that Rangnick's eye for talent – and a bargain – will help the club's recruitment in the future, and that after a handful of games in December, Rangnick will be able to look for reinforcements once the January transfer window opens.

Erling Haaland is the first. 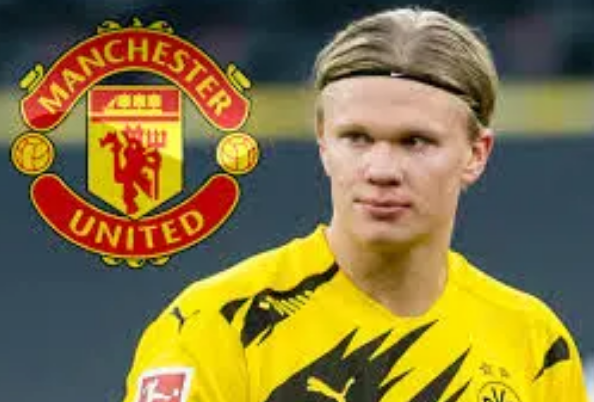 Haaland was on the verge of joining Manchester United before his agent, Mino Raiola, snubbed the deal and sent him to Borussia Dortmund. The player has been on fire there, and he has performed admirably for them.

His stock has risen even further, and he appears to be a player who could be on the move soon, with United showing renewed interest in him.

Nemanja Matic is getting older, and the club needs a defensive midfielder to take his place. One could argue that they needed one years ago.

Brozovic, who helped Inter Milan win Serie A last season, is out of contract at the end of the season.

The 28-year-old could be a low-cost solution to United's defensive midfield issue.

The England captain has openly expressed his desire to leave Tottenham following another trophyless season and failure to qualify for the Champions League, kicking off what is sure to be an exciting battle in the transfer market for his services.

A contract extension for Edinson Cavani has reduced the need for United to sign a new striker this summer, but a deal is not completely ruled out, with Kane being heavily tipped for a move to Manchester - though it is unclear which side of the city.

Declan Rice is high on United's summer wish list. Rice, who began his career as a centre-half, has progressed to a midfield role at West Ham United. He has performed admirably, earning seven caps for England and possibly dethroning Eric Dier for a permanent spot under Gareth Southgate. Rice's best qualities are his physical strength and technical abilities. He moves quickly for a player his size, and he can distribute the ball well to all areas of the field.

Rice, who is still only 22, has a bright future in the Premier League and is waiting to be snatched up by a big club. United, for a reported fee of around £70 million, could be that club. The youngster could play in midfield or alongside Maguire at the back. Rice could sit in the midfield pivot behind Paul Pogba and Bruno Fernandes if Ralf Rangnick plans to play them together.

The OL midfielder has returned to an excellent level of play since the start of the season. Enough to persuade a top club to make a quick bid for him. Manchester, it is thought, would be wise to keep an eye on this rising star.

The 23-year-old has already demonstrated all of his abilities.

He would have no trouble making the Red Devils happy if he demonstrated consistency.

Especially since OL does not charge a high price for their young talent.

It would not be surprising if Manchester United signed him in January.