Orlando Pirates invited the arrival of both of their 'terrible young men's to preparing with the two players qualified for their next PSL game against Baroka FC. 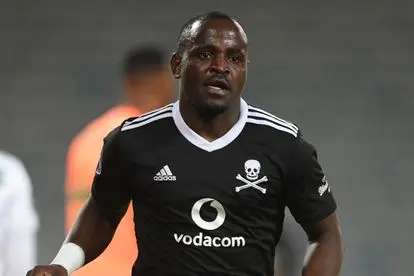 Privateers have Baroka at the Orlando Stadium on 2 December.

Ben Motshwari and Gabadinho Mhango are authoritatively back in preparing with Pirates after their off-field issues, as per KickOff's site.

Motshwari has been in two immense hour and a half moves for the Bucs as of late, during a resonating 3-0 triumph against Stellenbosch FC and in the 2-0 success in their CAF Confederation Cup match against LPRC Oilers on Sunday.

The midfielder was accused of attack yet has at long last gotten back to activity for Pirates close by individual terrible kid, Mhango.

R26 000 on a bar bill and long periods of missed activity later, Mhango is prepared to get back to the DStv Premiership. He has missed 12 games during his suspension however came on for Deon Hotto during their Confederation cup conflict.

Presently, Motshwari and Mhango have settled their theatrics off the pitch and are prepared to make their eagerly awaited re-visitations of the PSL.

The two players could include for Pirates against Baroka on Thursday.