Tshakhuma Tsha Madzivhandila has officially announced on their twitter page that they have parted ways with three high profile PSL players, two of which re former Kaizer Chiefs players and one is a former Orlando Pirates and Mamelodi Sundowns player. The players names are Oupa Manyisa, Gustavo Paez and Joseph Malongoane. The players have been released by TTM without even kicking a ball for the club even though they were announced as their new players. 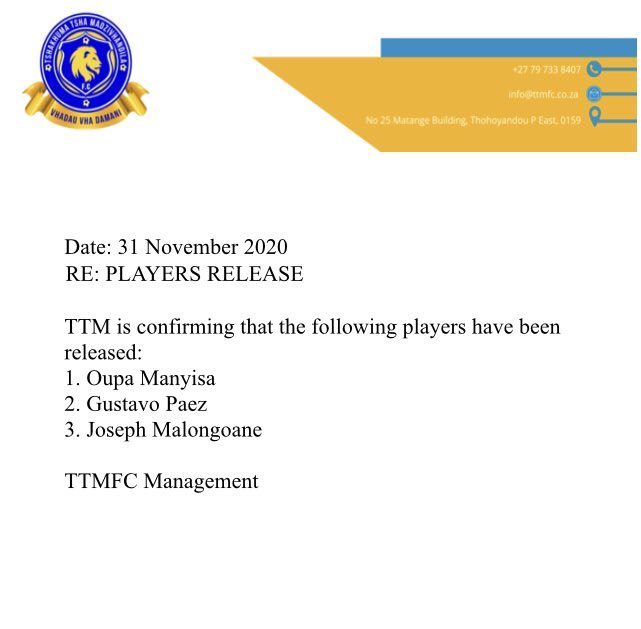 Once upon a time in July TTM announced to the media that they have managed to successfully sign two high profile PSL players on a free transfer. But all of a sudden the two players along with Gustavo Paez have been released by the club and there is no clear understanding about why have they been released by the Limpopo based outfit. 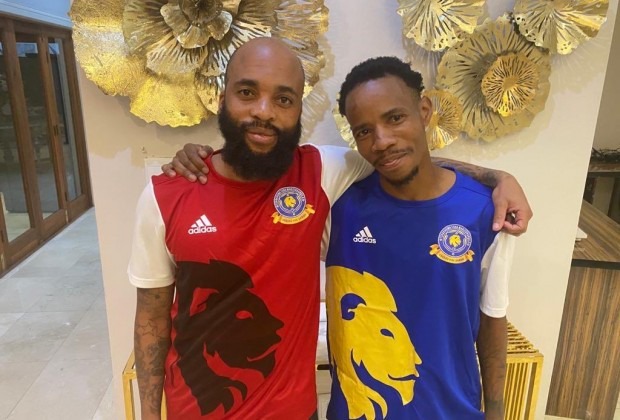 Tshakhuma Tsha Madzivhandila (TTM) began their Premier Soccer League journey with a defeat to SuperSport United in the MTN8 and have not yet recorded a win, in the DSTV Premiership TTM has recorded two draws. The club has been in the bad side of administration before as they have announced to the public that they have acquired the services of Augustine Mulenga even though the former Orlando Pirates player was never aware of such arrangements, Mulenga was later officially announced as an Amazulu FC player.