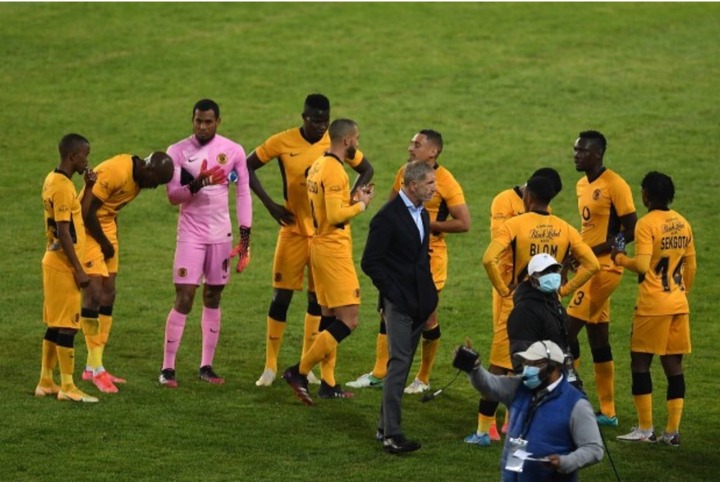 Chiefs' poor start to the DStv Premiership season continued over the weekend, when they were defeated 4-1 by Royal AM at FNB Stadium, leaving the team with only one win after 45 minutes.

If they want to improve on their poor start, Richards' defense and striker situation must be given specific attention.

"It was an embarrassing loss," Richards told the Siya crew. "I think they weren't clinical upfront, they missed a lot of chances."

"There is too much zone marking at the back instead of man-to-man marking, which is why the opponent always punishes them because they gain spaces."

"They have to be tight at the back, powerful in one-on-one situations, not allowing attackers to have too much space in the area, and protect their goalkeepers."

The former Chiefs midfielder has also spoken out in support of the club's senior players.

"I believe it should be a mix of young and older players; we shouldn't dismiss the experienced players because they wouldn't be at Chiefs if they weren't good enough," he continued.