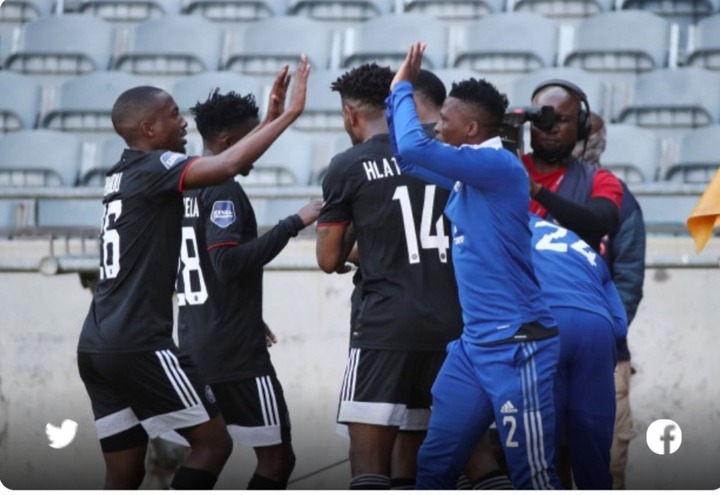 This weekend, Orlando Pirates will travel to Gqeberha to face Chippa United, with the goal of maintaining their best winning streak against any opponent currently competing in the PSL.

Pirates have had such an excellent run of results against Chippa United that they currently have eleven wins in a row and will reach a dozen if they win again on Saturday afternoon.

Pirates haven't had such domination over any other PSL team, with their current best run of four wins in a straight against Maritzburg United.

When putting out the odds for this match at the Nelson Mandela Bay Stadium, the bookies will take this information into account.

Only one of The Bucs' 11 consecutive victories over cannon fodder opponents was not a conference matchup.

From the last 30 games between the two teams, Pirates have not lost a single point to Chippa.

This means that the Soweto giants have been guaranteed six points for the previous five seasons, which is remarkable in the PSL given the irregularities.

Pirates have scored 22 goals in their last 11 triumphs, compared to seven for The Chilli Boys.

Chippa have played Pirates in 17 games since gaining promotion in 2012, winning three, drawing one, and losing 13.

Mandla Ncikazi, Fadlu Davids, and The Ghost will be buoyed by such figures, while Gavin Hunt would argue that because all of this happened while he was away from the club, it doesn't count for him as Chippa coach.

"Every game presents you with various possibilities, and the most important thing we have to concentrate on is our mentality," adds Hunt, whose team has previously drew with Mamelodi Sundowns.Pirates have two draws and one win to their credit, while Chippa has won, drawn, and lost.

Baxter: I will not criticise a brain surgeon

Dolly Doesn't Deserve A Place One The Current Bafana Squad, Because Of His Poor Performance.

Why Nurkovic Was Allowed To Travel Home