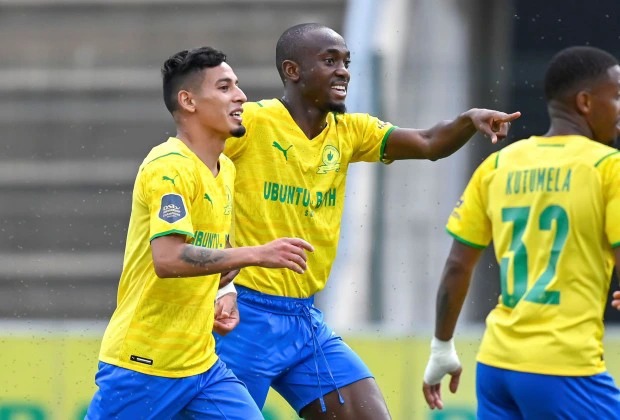 It has been announced that Ricardo Nascimento will be replaced at Mamelodi Sundowns by a top center back player from Golden Arrows.

Nascimento, a Brazilian defender, had been playing for Chookloop for over five and a half years when his contract was suddenly terminated in January. As a direct consequence of his deregistration, Erwin Saavedra became the fifth foreign player to be legally registered with the club.

As a direct result of this, the Tshwane giants have been left exposed at the center of their defense, and as a result, they have been looking for a capable center defender.

The coach of Sundowns, Manqoba Mngqithi, has stated in recent statements that his star-studded roster requires additional members.

According to rumors from Siya, the current center defender for the Arrows, Nkosinathi Sibisi, has been mulled over as a potential successor to Nascimento.

Due to injuries sustained by Rushine De Reuck, Brian Onyango Rushine De Reuck, and Grant Kekana, Sundowns coaches Mngqithi and Rulani Mokwena were forced to make adjustments to their starting lineups at center back during the course of the season.

Sibisi, who has a close understanding with Sundowns, has played in 20 games thus far in this season's DStv Premiership, scoring three goals and assisted on one more. Because of his consistently impressive play, he has been selected to play for the Bafana Bafana national team.

Both Mamelodi Sundowns and Orlando Pirates are very interested in acquiring Sibisi as a member of their respective teams.