Tensions increased during Antonio Conte's celebration of Chelsea's second goal against Tottenham in their match at Stamford Bridge. 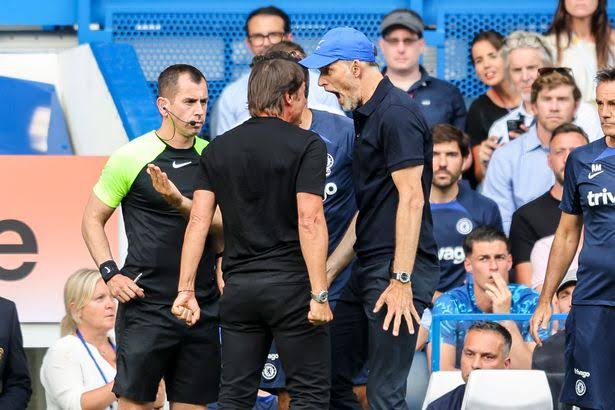 Thomas Tuchel and Antonio Conte got into a fight on the sidelines as the Tottenham manager clapped in front of him.

After two seasons as Chelsea's manager, Conte is back at his previous residence, but he still has a strong allegiance to the residents of north London. An early test of Tottenham's talents will take place at Stamford Bridge after a successful summer of hiring, which has them being predicted to surpass their opponents.

Kalidou Koulibaly gave Chelsea the lead early on, and they have mostly dominated in west London. Despite being outplayed, Tottenham managed to stay in the game and even the score by a 20-yard slap shot from Pierre-Emile Hjbjerg. 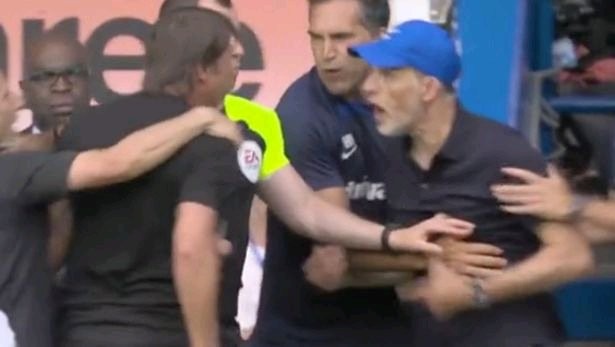 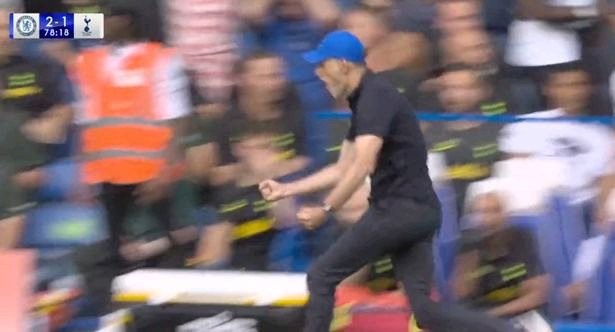 Conte, a manager known for his exuberant celebrations, pointed his jubilation in the direction of the Chelsea bench. While the opposing brace was reeling in front of his teammate, Tuchel was straying and came face to face with him.

Conte's celebration as Tuchel rushed to the fourth official to express his rage at what he believed was a foul committed in the lead-up to the equalizer may have been a case of wrong place, wrong time. Both coaching staffs got involved in the ensuing altercation.

As a result, Tuchel and Conte received bookings, although the Tottenham equalizer was short-lived. After Raheem Sterling found Reece James, who has been a standout player, the Blues were able to regain the lead. Chelsea's manager ran down the touchline to celebrate after the full-back slammed the ball past Hugo Lloris.