Thabo Mooki VS Benedict Vilakazi - Who was the best?

Thabo Mooki and Benedict Vilakazi are two retired midfielders who started their football careers in two different eras. Mooki played for Kaizer Chiefs throughout his career. 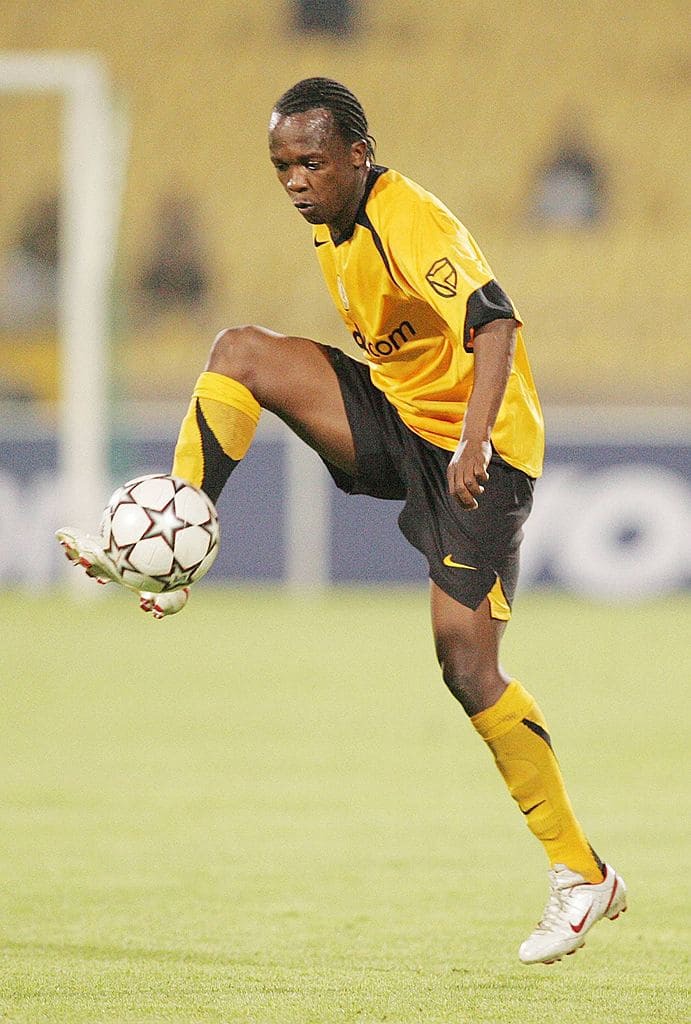 Vilakaz shined at Pirates before being transfered to Denmark. He came back to join Mamelodi Sundowns which loadned him out to Mpumalanga Black Aces. He played for three teams in 2013 which are Mlanti Chiefs of Swaziland, Notwana FC and Botswana Meat Commission. 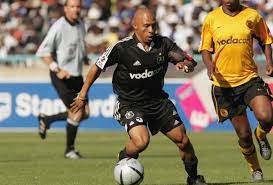 The South African football fans opened a discussion about who was a better player between these two legends. This kind of debate cannot end on common grounds because everyone knows that both of them were good players with different qualities. Others will tell you that our generation did not get to watch the prime Thabo Mooki because the best of him was between 1994 to 2000 while Tso Vilakaze shined for Pirates between 1999 to 2007. 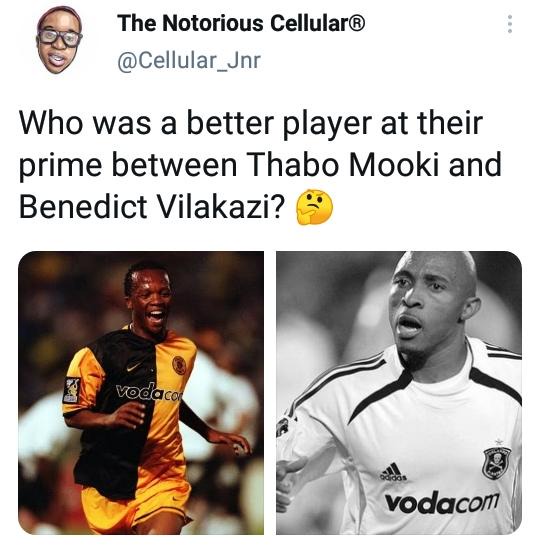 On a debate, there are others who are bringing the fact that Thabo Mooki did it much longer that Benedict Vilakazi who shined for only five seasons, but I do not think that answers who was a better player between them.

What I could see between them is that Benedict Villakazi was an anchor man who also had the ability to to penetrate the defense. Thabo Mooki on the other hand, he was a dribbling Wizard who was also good in making off the ball runs.

There are Kaizer Chiefs supporters who are testifying that they used to be scared of Orlando Pirates because of Benedict Vilakazi. They believe that he is the man who gave them trouble in his time at Pirates. Mamelodi Sundowns fans on the other hand, they will tell you how much they used to be scared of Thabo Mooki whenever they had to face Kaizer Chiefs. This tells you that they were both good players at their time and that cannot be taken away from them. 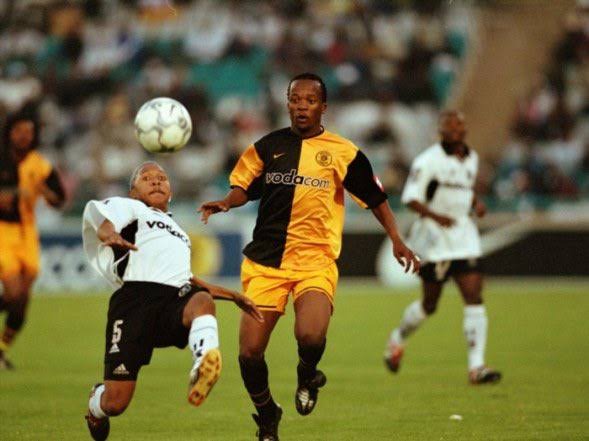 You will remember that Teko Modise who also played for Pirates and Sundowns revealed on his book titled, 'the curse of Teko Modise' that Thabo Mooki inspired him. He said Thabo was the reason why he grew up supporting Kaizer chiefs and he would squeeze himself into the stadiums just to watch him play. The way that Teko Modise passed the ball is said to be Mooki's inspiration according to his book.

Though some people believe that it is an insult to Thabo Mooki to compare him with Vilakazi, I honestly believe that both of them were great players of different qualities which is why masses are still talking about them. 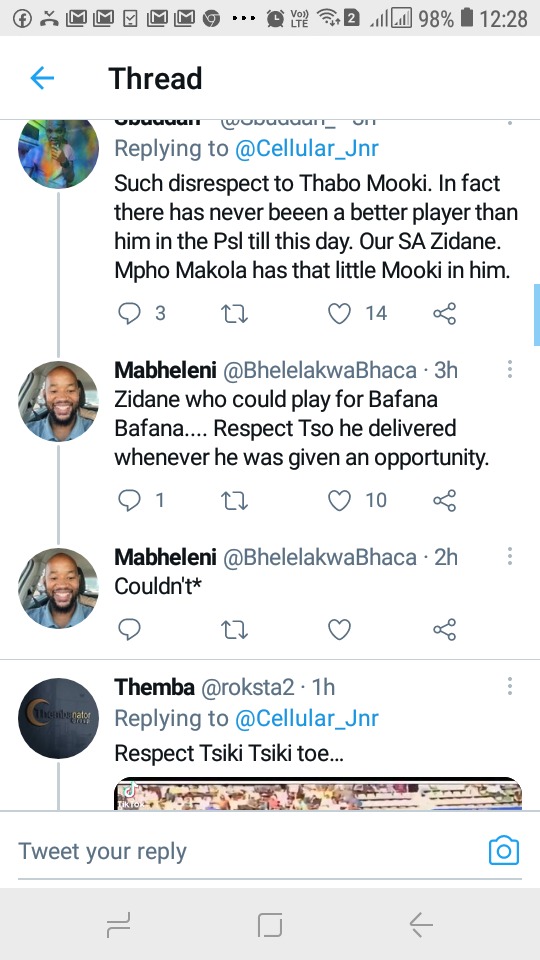 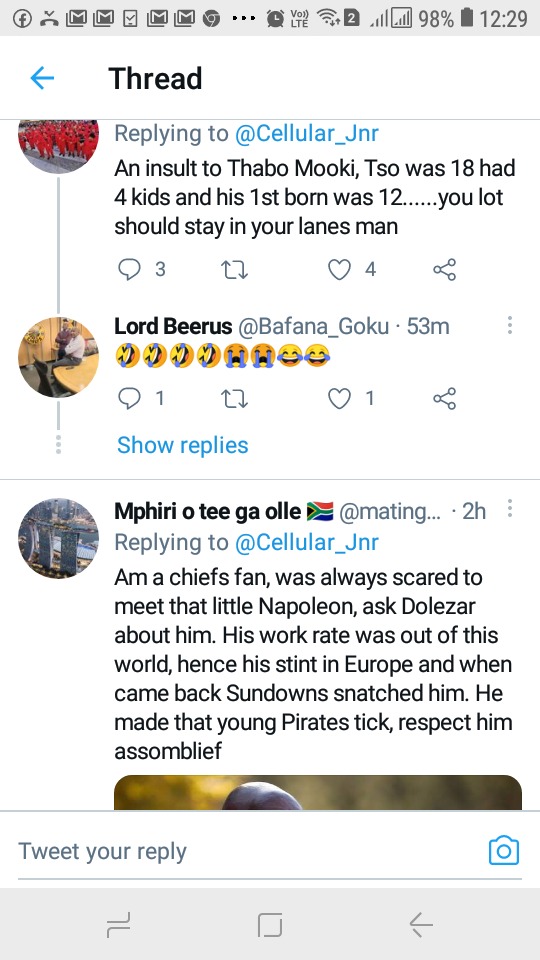 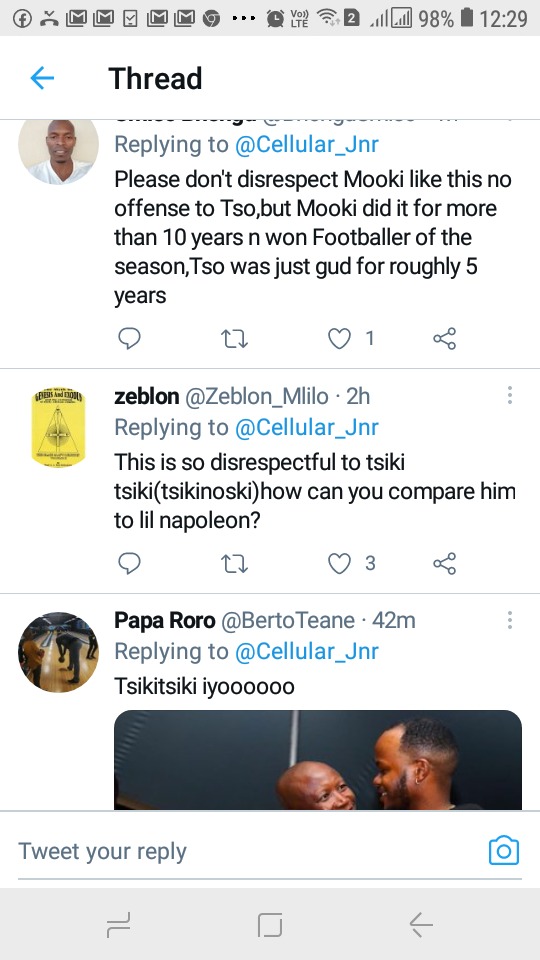