Take a look at what Florent Ibenge had to say about the Orlando Pirates before the CAF Cup Final. 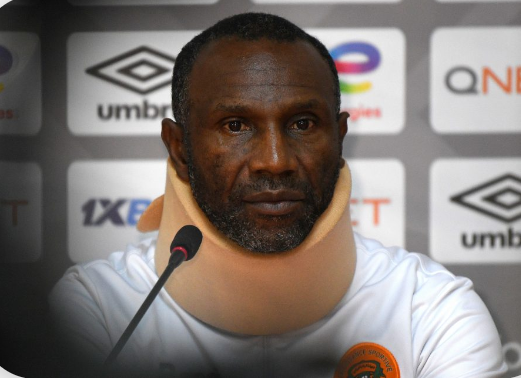 IBENGE: THE PIRATES ARE ALSO INTERESTED IN WINNING THIS GAME

Florent Ibenge, the head coach of RS Berkane, claims that his team's victory over TP Mazembe does not give them an advantage over Orlando Pirates in the CAF Confederations Cup final.

Ibenge is about to compete in the final of a CAF inter-club tournament for the third time in his career. With his previous club, AS Vita, he came in second place in both the competition in which he is currently competing and the CAF Champions League.

Despite the fact that he is aware of the fact that Berkane, the 2019/20 champions, come in with the confidence of an emphatic 4-1 win over his compatriots TP Mazembe, he played down the possibility that it can affect the outcome of the final. This is due to the fact that Pirates lost to Al Ahli 1-0 in the second leg of their semi-final last Sunday.

Ibenge stated before the game that the preparations for the match were just meant to replenish the player's physical strength following the last encounter against TP Mazembe.

"We did a good job of reading the game against TP Mazembe, and we refrained from rushing and made an effort to wear down our opponent's players, which turned out to be successful.

"In preparation for this match, we have studied the Orlando Pirates squad by watching their game videos in order to get more familiar with the capabilities and limitations of the South African side. In the end, the odds are even. Naturally, having already achieved victory boosts our self-assurance. But the Orlando Pirates are also competing in this tournament to win. We need to improve in all aspects, including our physical fitness, our technical abilities, and our tactical prowess.

Before addressing the domination of Moroccan teams in CAF tournaments in recent years, Ibenge spoke about the "hope" of having the home fans of Akwa on their side for an advantage at the Godswil Akpabio Stadium this evening. The match is scheduled to take place tonight.

Horrific Accident On The R546

The Reason Many Men Sweat At Night - OPINION