It began as a rumor, then evolved into a possible event, and now it has occurred. Barcelona has named one of their former players as their next manager. 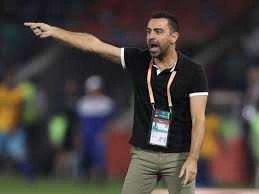 Barcelona has struggled this season under Ronald Koeman's leadership. The Barcelona board gave the Dutchman time to develop, but things did not proceed as planned, and the board was forced to fire him as Head Coach of the Spanish Giants.

Since Ronald Koeman's dismissal, there have been reports that Xavi Hernandez will take over as manager of the Catalan Giants. Xavi, probably Barcelona's best player, was the manager of an Arabian club, Al Sadd. The team's board of directors originally refused to let him go, but they eventually accepted their fate.

Barcelona's new manager is officially Xavi. The question now is whether he will outperform his predecessors. Would he help Barcelona win a trophy?

Barcelona is presently ranked ninth on the rankings. This is clearly not the Barcelona we're accustomed to. However, with the appointment of a new Manager, it appears that there is still hope.

Messi is undoubtedly missed at Camp Nou. The Argentine, who presently plays for PSG, has told the press that he would love to return to Barcelona. The six-time Balon d'Or winner appears dissatisfied with his new club and would gladly return to his boyhood team.