By SoccerUpdates (self media writer) | 29 days ago

Even though Mamelodi Sundowns won 3-0 Rhulani Mokwena was not happy with the first half they had against TS Galaxy , Sundowns went to half tied 0-0 with Owen Da Gama's TS Galaxy.

TS Galaxy resorted to man marking in the first half and that made Sundowns to not play their short passes and it put them off as they couldn't score even a single but in the second half they came roaring and scored three goals to win 3-0.

But Rhulani Mokwena says the team improved in the second half and followed instructions and that's how they managed to score three goals and win the game so that they can go back to number one in the log that was occupied by Supersport United after their 3-0 win against Moroka Swallows.

Although in the last two weeks there have been reports that Rhulani Mokwena and fellow co-coach Manqoba Mnqithi were not on good terms they seem to have made peace and they are now working well together and the other teams should be scared.

Rhulani Mokwena was also reportedly to be Pitso Mosimane's choice as assistant coach after Cavin Johnson resigned but Pitso Mosimane publicly slammed such reports and said that he is not interested in bringing Mokwena to Cairo.

Roger De Sa has also joined the Egyptian national team as an assistant to Carlos Quieroz so it wouldn't be bad if Rhulani Mokwena also went to Egypt but at this point it doesn't seem like he will be joining Al Ahly. 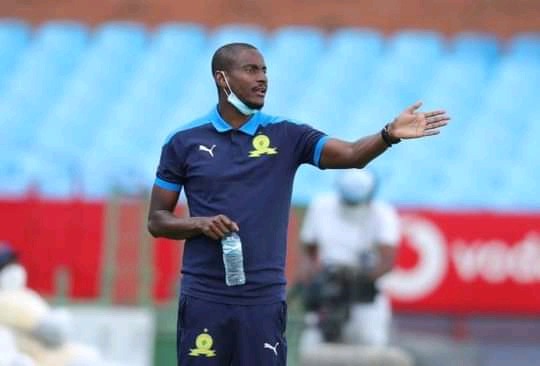 I used a B Team Against Sundowns: AS Maniema Coach

Sundown Coach Fires Shots At BafanaBafana Coach After He Did This

People Ask, How did Bafana turn to the winning team?

Sundowns lament Maboe, Kekana Absences: This Is What Mokoena Said