According to this report, the recently promoted star player for the Kaizer Chiefs, Mduduzi Shabalala, could be in Belgium at this very moment.

According to a previous article that was published on the South African website in May, the rising star jetted off to Europe to compete in trials in Belgium and Spain.

There, he made a favorable impression on Belgium's KVC Westerlo, which led to the club's offer of a transfer, which Amakhosi reportedly turned down. 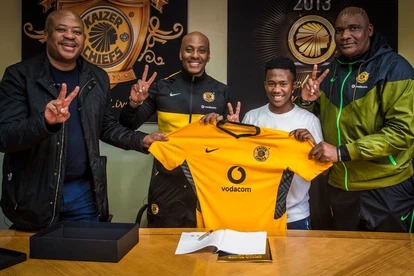 The publication went on to reveal more information, including the fact that the Belgian club has not given up hope just yet. According to the conclusion of the report, Westerlo will continue to keep tabs on the 18-year-old player in the hopes of making a subsequent offer.

The report went on to say that despite this, Westerlo has not yet given up hope on Shabalala.

The article came to its conclusion by saying, "According to Siya sources, the Belgian giants will be keeping an eye on Shabalala's progress in coach Zwane's second team in the 2022/23 season and could be back with a new and improved offer in club future.

Trial of Mpumalanga officials accused of bribing prosecutor rolled over

"I am sure this is cheap labor." A man posted and it was mixed reactions from many. See comments.