By Kabelo_Abel (self media writer) | 3 months ago

LONDON : Liverpool booked a date with Chelsea in the Carabao Cup final following a 2 - 0 drubbing of Arsenal in the semi final second leg at The Emirates Stadium in London on Thursday night. 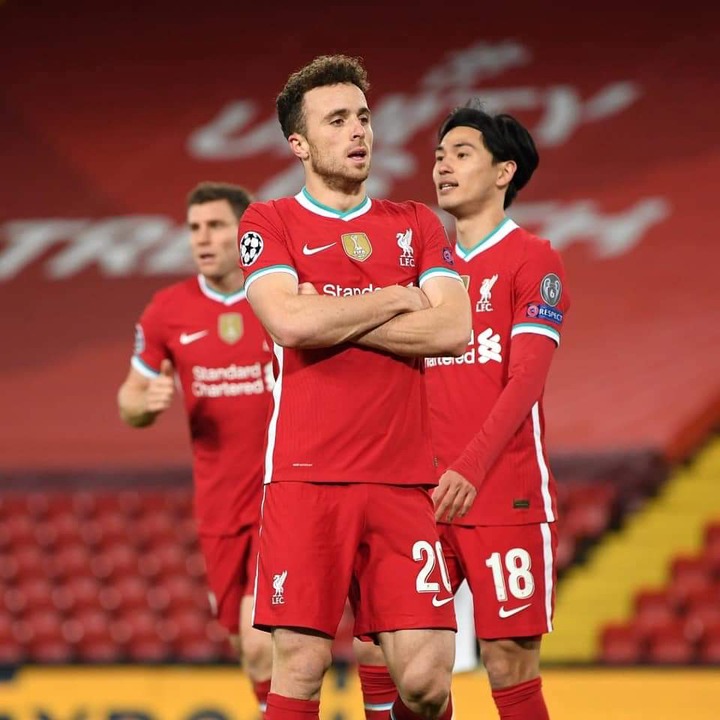 Arsenal and Liverpool came into the game following a goalless draw at Anfield a week ago.

The Gunners were looking to take advantage of the home ground and had a decent start in the first half.

But it was the visitors who drew first blood in the game, courtesy of a Diogo Jota strike in the 19th minute - 1 - 0 to Liverpool, with Trent Alexander Arnold getting the assist, as per usual.

This did not dampen Arsenal's mood as the Gunners continued to take the game to Liverpool, looking to get an equalizer but the game eventually went into break 1 - 0 in favour of the men from Merseyside.

Looking to get a second goal, Jurgen Klopp rang changes in the second half with Joel Matip and Kaide Gordon making way for Ibrahima Konate and Takumi Minamino.

Whild Eddie Nketiah and Thomas Partey came in for Arsenal but it was Liverpool, who managed to get a second and silence the home support 13 minutes from time, with the Portuguese Diogo Jota netting his brave to all but seal Liverpool's passage to Wembley in the final of the League.

The Merseyside reds will be looking to clinch the Carabao Cup this season as it increasingly looks like the Premier League title will be heading to the blue half of Manchester, considering the gap that is between Liverpool and Manchester City.

With Chelsea not at the their usual best, Klopps men will be looking to capitalize on the Blues failure to win matches recently, which had saw them going four games without a win in the league.